Home » Entertainment » Gist » “So you can talk” – Davido teases babymama Chioma over new video; she replies

It may seem as though popular Nigerian singer Davido’s new found hobby is to tease his baby mama, Chioma Rowland, and it’s beautiful to see. 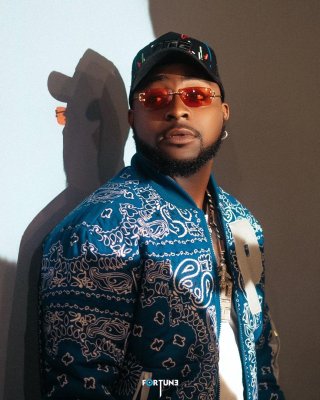 Only a few days after the ‘assurance’ crooner teased his ex-fiancée after she debuted her new look—a short blonde hairstyle—on social media, he has come for her again following a video she shared online.

Chioma had posted a promotional video for Tecno Mobile on her Instagram profile, where she spoke extensively about the launch of a new product she had gotten from the company.

Meanwhile, Chioma, who is known for speaking very little and mainly making gestures in most of her videos, sparked reactions from a number of followers, including her baby daddy, Davido, who left a humorous comment.

SEE ALSO:  No better truth ever spoken” – RMD writes as he shares photo of people having a feast on the backs of others

So u can talk”, Davido asked.

Chioma simply replied with a smile and a hands-on-head emoji.

See their exchange below,

However, reacting fans also noted that it’s the

why re we thinking the same thing lols

I have never heard her voice b4 this really crack up