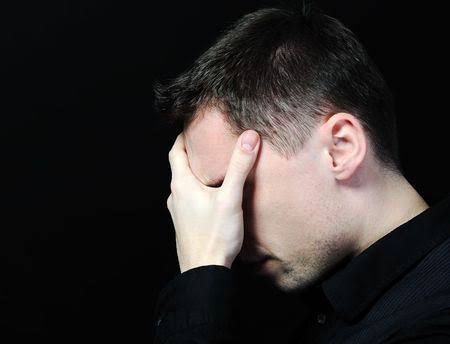 A Twitter user has revealed how a family in Eleme, Rivers state, paid back a man who helped them financially in hopes of marrying their daughter.

The man reportedly built a house for the family of his lover and shouldered their financial responsibilities.

However, when it was time for marriage, the girl decided that she wanted to be a model and eloped to Paris, France, with a white man.

The distraught man allegedly threatened to demolish the house he built for the family, but they pleaded with him and asked him to marry his ex-lover’s younger sister instead.

The Twitter user, @MaverickThamani, who shared the story online wrote,

“A guy in Eleme built a house for his girl’s family. Carried the whole family on his shoulder. Time for marriage, she said she wants to become a model. Left him and followed one white guy to Paris. Baba said he will demolish the house. Family pleaded and gave him her younger sis”.

See the tweets below: 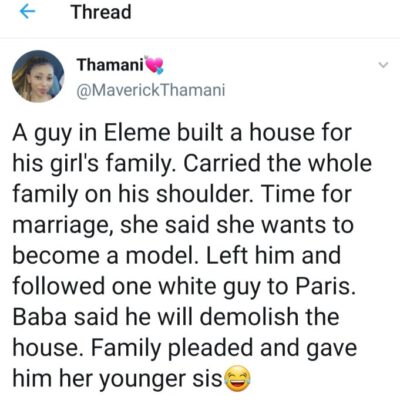 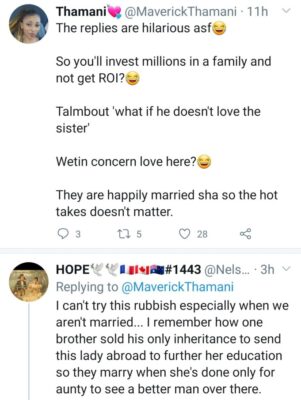