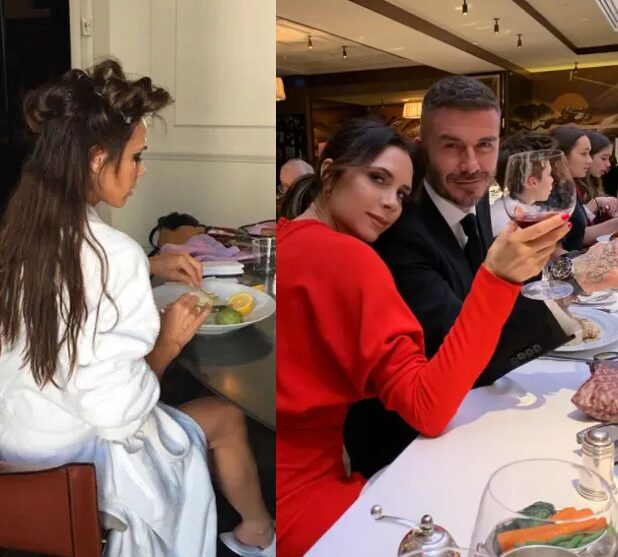 David Beckham has revealed that his wife Victoria has eaten the same meal every day for 25 years.

The 46-year-old said he loves sharing his food with his wife but she only eats grilled fish and steamed vegetables.

He said the one time she tried to eat something else was “one of his favourite evenings.”

Discussing his wife’s eating habits on the River Cafe Table 4 podcast, he explained: “I get quite emotional about food and wine, when I’m eating something great I want everyone to try it.

“Unfortunately I’m married to someone that has eaten the same thing for the last 25 years.

“Since I met her she only eats grilled fish, steamed vegetables, she will very rarely deviate from that.”

He continued: “The only time she’s probably ever shared something that’s been on my plate was actually when she was pregnant with Harper and it was the most amazing thing. It was one of my favourite evenings. I can’t remember what it was but I know she’s not eaten it since.”

Victoria has previously revealed she won’t eat food cooked in oil, butter or sauces, and she doesn’t eat red meat or dairy.

She said her comfort food is a piece of whole grain toast with salt on it and on her birthday she celebrates with a cake made from fruit.

David Beckham went on to say that he enjoys having the house to himself without Victoria at home because he can cook what he wants.