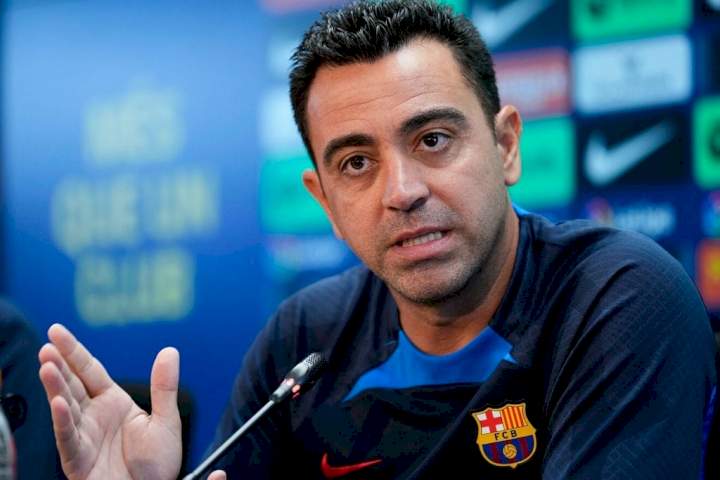 The Spaniard also said that he would be happy to see Memphis Depay remain at the club.

The Dutchman has been linked with a move to Manchester United who are searching for a striker to replace now-departed Cristiano Ronaldo.

Speculation has grown in the Spanish media that the 33-year-old Aubameyang, who left Barcelona and returned to London last summer, could be in line for a quick return to the Nou Camp.

Asked about the rumoured move on Wednesday, the Spaniard said he was happy with the squad he has, adding that he has told the club’s board to leave it that way.

“We are happy with the squad. In principle, there will be no changes. There has been no meeting.

“Depay? We do not know anything. We will see what happens. I told the board that I’d be happy if the squad remains as it is.”