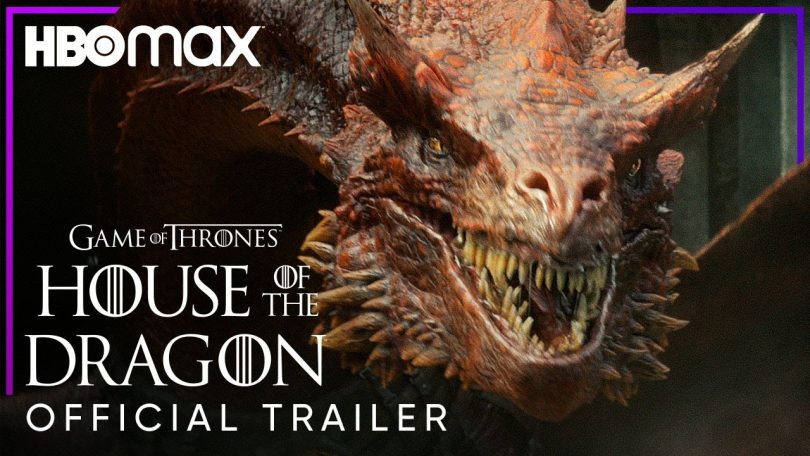 Episode 10 of House of the Dragon starts this finale with Rhaenyra finding Luke staring at a map of Westeros. He doesn’t want the Sea Snake to die and doesn’t think Driftmark should pass to him either. Rhaenyra points out that she’s had to learn the hard way that you have to be patient and accept your destiny. However, she’s interrupted by word of Rhaenys arrival.

Rhaenys shows up and immediately points out that Viserys is dead. She goes on to mention Aegon has been crowned as successor. Daemon is bitterly angry, blaming Rhaenys for not burning them all to the ground. Rhaenys bites back though, pointing out this was not her war to begin.

How does Daemon prepare?

“The Greens are coming for you Rhaenyra, you should leave at once.” She pleads. Unfortunately, that’s not going to be possible given Rhaenyra is actually in labour.

Meanwhile, Daemon sets up soldiers along the perimeter and decides to try and make themselves look stronger than they are. Time is of the essence, and both Jace and Luke are brought before Rhaenyra where she reveals everything that’s happened.

Jace, knowing that he’s the true successor, approaches Daemon while he’s discussing tactics. While Daemon had ideas of flying out to Rivermark to affirm Lord Tully’s support, Jace has other ideas. He points out Rhaenyra doesn’t want anything done…but Daemon ignores him.

As for Rhaenyra, she gives birth but the baby is stillborn. It’s a horrific thing to witness and a heartbreaking way for Rhaenyra to welcome a new child into this world. Daemon sees snippets of the aftermath and heads down to the beach to grieve before burning the babe under dragon fire.

In the wake of this, Ser Erryk arrives and swears his fealty to Rhaenyra, who has her own crown and people by her side. Of course, this doesn’t compare to the might of Alicent and Aegon’s entire command of King’s Landing, but it’s at least a start.

In the heart of Dragonstone, with the map illuminated with a cool, orange glow, Daemon updates them on the numbers their side holds. They have 30 knights, 100 crossbowmen and 300 men-at-arms. In terms of defence, it’s not a bad number to be honest but in terms of conquest? Well, that’s not going to put a dent in King’s Landing.

How does Rhaenyra react to Otto Hightower’s proposal?

Although ravens have been sent to the different corners of Westeros, men mean nothing when compared to their dragons. There are 13 to 4 by Daemon’s count, and that’s before mentioning the wild dragons they could tame to tip the scales in their favour.

Before they can continue, a ship arrives on Dragonstone bearing Alicent’s banner. It’s Otto Hightower. He’s stopped by Daemon and just like earlier in the season, this stand-off on the battlements is broken up by the arrival of a dragon.

As the two sides trade terms, it’s eventually broken up by Rhaenyra throwing the pin for the Hand of the King off the edge of the battlements, calling Otto a traitor. However, he has a page from Alicent’s book, intent on swaying her and bringing up the love they once had together. Rhaenyra decides to deliberate on Otto’s terms for peace, which include her own sons becoming cupbearers. She tells Otto that King’s Landing will have an answer in the morning.

Rhaenyra weighs up her options carefully, holding restraint while everyone else wishes for war. Lord Corlys finds admiration in this and shows up with Rhaenys sometime later to find Daemon missing from the room. Corlys points out that Rhaenyra has the full support of his house and his fleet. Rhaenyra is not actually going to war just yet and decides to play the waiting game.

Corlys reveals that he has full control of the Stepstones and the Narrow Sea. This means they can control the flow of trade and travel into King’s Landing. Not only that, but they could also lay siege to the Red Keep and force the Greens’ surrender.

In order to enact all of this, Rhaenyra needs to find out who her allies are, and that includes sending messages along to Winterfell, the Eyrie and Storm’s End. Instead of ravens, Jace and Luke decide they should go with their dragons as it’ll be far more convincing. With her two sons broken up and the cogs in place to start this great war machine, music from Game of Thrones picks up, namely that of Ramin Djawadi’s Targaryen theme, as the dragons fly out to Westeros.

While Daemon shows up to tame a wild dragon, Luke arrives at Storm’s End. Unfortunately, they have a much bigger dragon waiting in the wings. And of course, we know whose dragon that is. Aemond. And unfortunately, Aemond happens to be inside the royal chamber.

While he watches from afar, Lord Borros mocks the lineage and an uncomfortable tension hangs over proceedings. Aegon has come with a marriage pact to seal things while Luke comes with a simple reminder.

“Go home Pup.” He says, but unfortunately, he cannot leave. Aemond doesn’t want to fight the boy but throws a knife over and demands Luke give up his eye. Thankfully, Lord Borros stops this from becoming an all-out massacre, prompting Luke to hurry out to his dragon.

In the skies, everything comes undoes. Luke is stalked by Aemond and his dragon, which dwarves the size of his. Now, Aemond only intends to taunt the boy but he loses control of his dragon, thanks to a burst of dragonfire from Arrax. Everything spirals out of control and in the end, both Luke and his dragon are slain.

Daemon returns to Dragonstone and Rhaenyra clearly receives the news, her face turned in anger.

House of the Dragon ends on a high, with a great bit of dragon action and all the pieces moving in line nicely for the upcoming war. Much like Game of Thrones season 1, this is all about setting the scene and preparing for what’s to come, and it’s actually refreshing to find a series like this that doesn’t just attempt to cram in action sequences for the sake of keeping its audience invested (looking at you, Rings of Power.)

The battle for this realm is about to take a very messy turn and the ending with Luke’s demise is likely to be the turning point where things evolve from peaceful to all-out carnage. A day of reckoning is coming for Westeros and you can feel that’s going to bubble up in season 2 nicely.

This finale perfectly exemplifies what good TV looks like. Strong characters, an interesting premise and a politically charged narrative that doesn’t treat its audience like idiots. It’s certainly not perfect but House of the Dragon has been one of the bigger surprises this year.