tiers of government have taken more loans in the past two years , EVEREST AMAEFULE writesThe Federal Government under President Muhammadu Buhari and the 36 states of the federation as well as the Federal Capital Territory have borrowed N 7 . 51 tn in the last two years , statistics have revealed .
As of June 30 , 2015 , just a month after the present crop of leaders took over the leadership of the country , Nigeria ’ s total debt stood at N 12. 12tn .
However , as of June 2017 , the nation ’ s total debt had climbed to N 19. 63 tn , according to the latest debt statistics obtained from the Debt Management Office .
The debt stock data released by the DMO revealed that the total public debt stock (external and domestic debt stock of the Federal Government and sub -nationals ) as of the end of June was N 19 . 63 tn ( about $ 64 . 19bn at N 305 . 9 /$ 1 ), made up of external debt stock of N 4 . 6 tn (about $ 15. 05 bn) and domestic debt stock of N 15 . 03 tn (about $ 49. 15bn ).
The DMO said in a statement posted on its portal on Sunday , “ The domestic debt stock of the Federal Government and sub -nationals accounted for 76. 56 per cent of the total public debt stock , while their external debt stock accounted for 23. 44 per cent .
“ Furthermore , the total public debt stock increased by 2 . 5 per cent from N 19 . 16 tn (about $ 62. 54bn ) to N 19. 64tn (about $ 64. 19bn ), during the period under review .
“The total external public debt stock of the Federal Government and sub – nationals increased by 8 . 98 per cent from $ 13. 81bn in March 2017 to $ 15. 05bn in June 2017 , while the domestic debt stock of the Federal Government and the sub – nationals increased by 0 . 67 per cent from N 14. 93tn in March 2017 to N 15 . 03 tn in June 2017. ”
However , an analysis of the debt statistics from the May 29 , 2015 , when the current leaders took over the reins of power, to June 30, 2017 , showed that the country’ s total debt had risen from N 12. 12 tn to N 19. 63tn .
This means that the country’ s debt rose by N 7 . 51tn or 61. 96 per cent within a period of two years.
As of June 2015 , the domestic debt of the Federal Government stood at N 8 . 39 tn . Detailed breakdown of the domestic component of the nation ’ s total debt as of June 30 was not available as of the time of going to press on Sunday.
However , the Federal Government ’ s domestic debt stood at N 11. 97tn , while the domestic debt component of the states stood at N 2 . 96tn as of March 31, 2017 .
The external debt balance of both the federal and state governments stood at $ 10 . 32bn as of June 2015 compared to the $ 15. 05 bn recorded as of the end of June this year . This means that within the period , the country ’ s external debt portfolio had risen by $ 4 . 73bn or 45. 83 per cent .
The increasing proportion of the foreign debt component reflects a new debt management strategy released by the DMO recently. It also reflects a strategy to reduce high interest payment occasioned by much dependence of domestic debts .
According to the DMO , the country’ s new debt management strategy entails balancing the sources of debt to ensure that more resources are borrowed from external sources where the interest rate is seen as lower than interest rates on borrowings from domestic sources.
The Debt Management Strategy 2016 – 2019 targets the rebalancing of the debt portfolio from its composition of 84:16 (domestic to foreign ) to 60 :40 by the end of December 2019 (domestic to foreign ).
“ It supports the use of more external finance for funding capital projects , in line with the focus of the present administration on speeding up infrastructural development in the country, by substituting the relatively expensive domestic borrowing in favour of cheaper external financing, ” the DMO said .
Our correspondent reported that the Federal Government spent a total of N 1 . 88tn on domestic debt servicing between 2014 and 2015.
With foreign debt now accounting for 23. 44 per cent of the total indebtedness , the Federal Government may achieve the goal of increasing the proportion it to 40 per cent by 2019.
In line with this strategy , the Federal Government recently unveiled a plan to borrow $ 3 bn from foreign sources to refinance some maturing local debts .
The DMO had said that refinancing Federal Government ’ s maturing $ 3 bn local debts would not only crash the rate of domestic borrowing, but also allow some borrowing space to the private sector .
It stated that borrowing from foreign sources to refinance the local debts would also allow the government time to repay the loans when the economy must have fully recovered from recession and diversified .
The DMO said the move was informed by the lower dollar interest rates in the international capital market , adding that Nigeria was expected to borrow at a rate not higher than six per cent , while issuances of the NTBs in the domestic market were at rates as high as 18 . 53 per cent .
According to the office , external borrowing is cheaper by about 12 points and will result in substantial cost savings for the Federal Government in debt service costs.
The DMO had said , “ Besides reducing the cost of borrowing, the $ 3 bn is expected to be raised for a tenor of up to 15 years, which is very long compared to the maximum tenor of 364 days for NTBs .
“This move will effectively extend the tenor of the government ’ s debt portfolio . The longer tenor enables the government to repay at a time when the economy would be stronger and more diversified to meet the obligations . ”
It added , “The reduction in the level of the FGN ’ s borrowing from the domestic market will result in a reduction in domestic interest rates and free up borrowing space in the economy , particularly for private sector borrowers .
“The $ 3 bn from the refinancing will also represent an injection of foreign exchange into the economy , which will boost the country’ s external reserves . ”
The DMO said that the approval of the National Assembly would be obtained for the proposed refinancing before implementation in line with the Debt Management Office Act , 2003.
Source – PUNCHNG.COM

Advertisement
SEE ALSO:  8 Missing Children Found Lifeless In A Car Parked Along The Road In Lagos 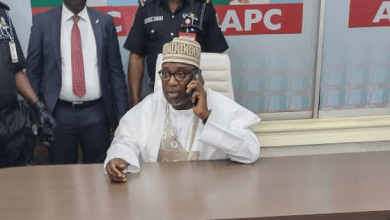 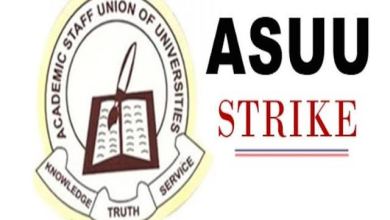 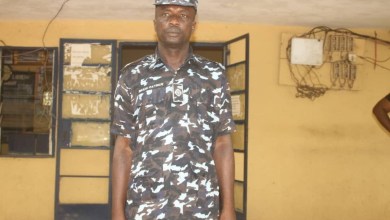 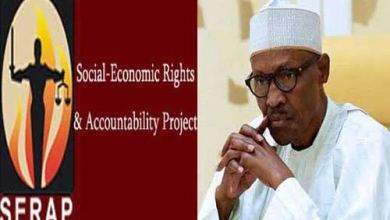