Home » News » CULTISM! Cultists Go On Rampage As They Fight Over Girls In Ogun State 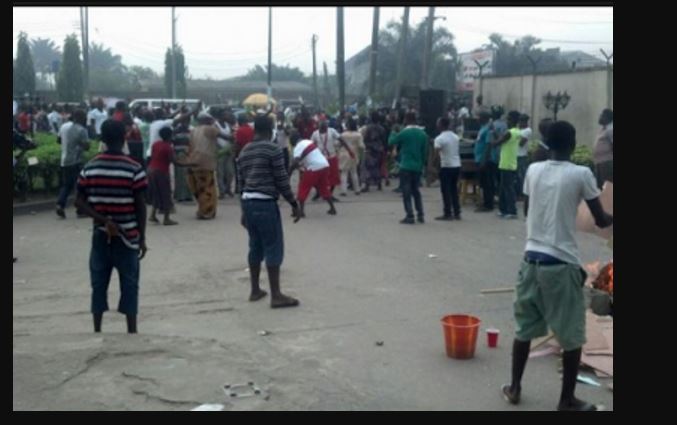 Youths suspected to be cult members yesterday went on the rampage and vandalised vehicles, tricycles and motorcycles parked on the streets as well as shops at Agbado Station, a community in Ifo Local Government Area of Ogun State.
Members of the rival cult groups used dangerous weapons such as broken bottles, machetes and charms against one another. Property and goods worth millions of naira were destroyed by the cultists. It was learnt that the cult groups – Marindoti Boys, Farm Boys, Federal Boys and Bolar Boys – were fighting over girls.
The crisis started last week when a clash broke out in the community in which property and goods were destroyed by the rampaging cultists. No life was lost but some residents sustained various degrees of injury while trying to escape being caught in the crossfire.
T he cult members, it was learnt, used the opportunity of the clash to loot shop and houses. When contacted, the state Police Public Relations Officer (PPRO), SP Abimbola Oyeyemi, said he was not aware of the incident. He said: “I will find out from the Divisional Police Officer in charge the area and get back to you.” However, Oyeyemi did not call back at press time.