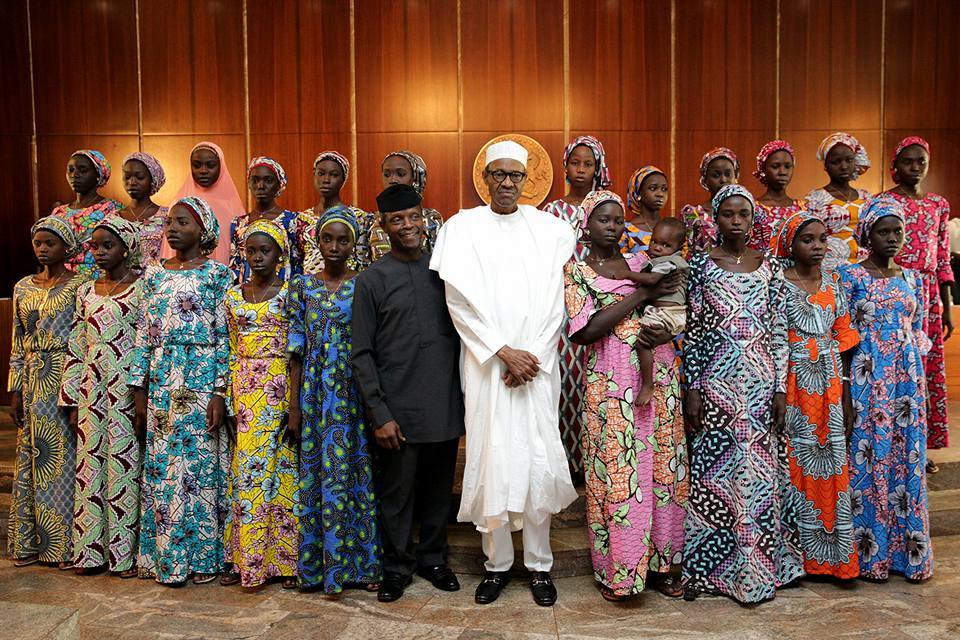 The parents of the abducted Chibok schoolgirls have expressed their regrets in voting President Muhammadu Buhari into power in 2015 after security personnel prevented them from seeing him in the Aso Rock Presidential Villa yesterday.

Over two hundred girls were abducted from Government Secondary School, Chibok, Borno State over 3 years ago by Boko Haram insurgents.
The protesting parents who said they were at the Villa to present their matter directly to the President, described as lukewarm, the attitude of Buhari-led government towards rescuing the girls, adding that they regretted voting for President Muhammadu Buhari.
The parents led by Reverend Enoch Mark, who incidentally has two of his daughters among the abducted girls, decried the poor communication attitude of the Presidency with the parents.
While lamenting that several parents of kidnapped girls have died due to emotional trauma, Mark said many more parents were struggling to survive and send their wards to school.
At their resumed protest yesterday, a State House Security official received the parents and promised to pass their message across to the President.
Rev. Mark, on behalf of the parents, said, “We are very sorry for giving Mr. President our votes. We voted Mr. President hoping he would rescue our daughters but we have become his enemy.
“Why can’t the President communicate with us, are we not Nigerians? Is that good for a president; a leader to show such attitude. We believe the President is against the Chibok Community.”
They said the Federal Government has continued to send messages of consolation to countries hit by tragedies like plane crashes and earthquakes but failed to do same to the Chibok parents who have been deprived of their children in the last three years.