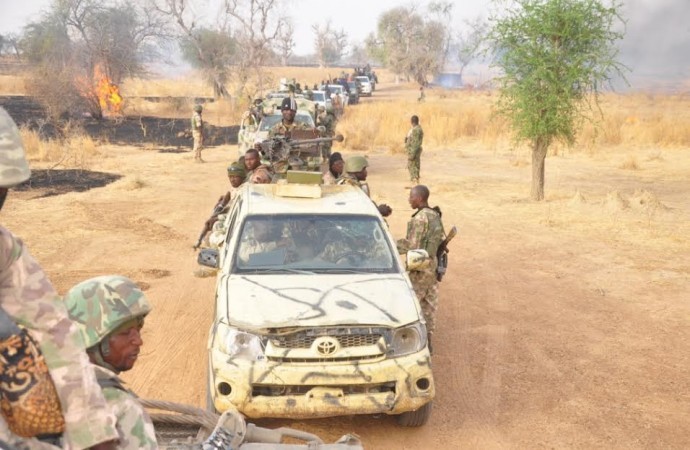 The Inspector-General of Police (IGP’s) Intelligence Response Team (IRT) announced the arrest of five suspected armed robbers who planned to attack some banks in Lagos.

The IRT Commander, ACP Abba Kyari, disclosed this on Friday in Lagos.
The commander said that the suspects were arrested at Ikorodu and Ajah areas of Lagos State, as they were about attacking the banks,Daily Trust reports.
He said their arrest was part of the IGP Ibrahim Idris’ effort to neutralize the threat posed on Lagos by the notorious new militant leader called America.
“Five key members of the notorious militant group led by America, who have perfected plans to attack and rob five banks in Lagos have been arrested in Ikorodu and Ajah areas of Lagos state.
“They were all arrested after several days of unrelenting follow-ups by the IRT.
“Four of the arrested suspects are militants, who were sent by their gang leader, America, to survey the banks.
“The team was also to hire two operational buses that will be used to convey the militants to and from the river banks, to the commercial banks.
A fifth suspect is a security man in one of the banks targeted to be robbed,” Kyari said.
“All suspects arrested have confessed to the planned robberies and confirmed that they were sent by America, their boss in the creeks, to survey the banks, together with the bank security man who allegedly brought the job to the militants.
“Also, America had fixed Thursday, June 1, as the date for the attack on the banks, before his boys were arrested by the IRT.
“The suspects are cooperating with detectives in the investigations,’’ Kyari added.
Source – uncova.com