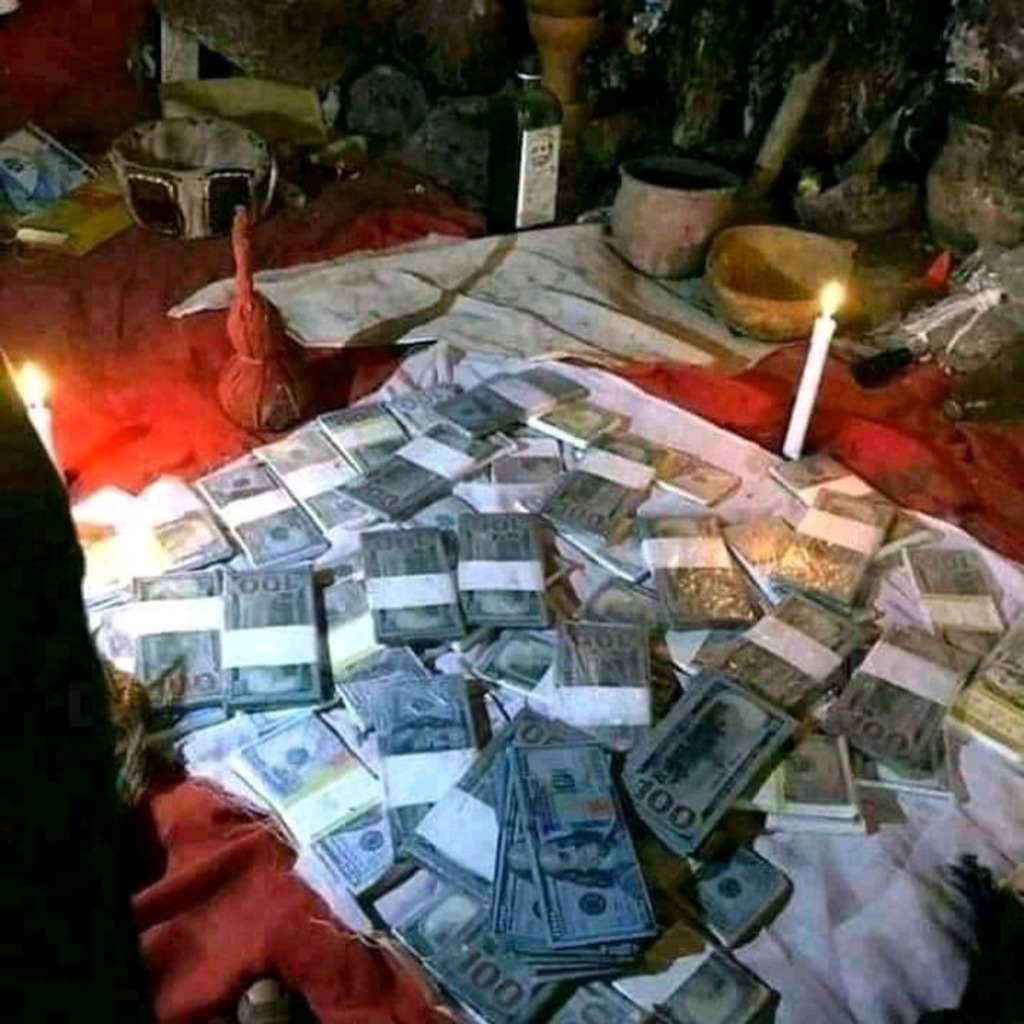 A story of a man who almost used his wife for money ritual popped up on Twitter recently.

According to the bird app user, identified by his handle as @Chrisblin, the man only went back on his decision after his first son was demanded on the D-day.

What marvelled the netizen and his tweeps is the fact that the lady has refused to leave the marriage despite what happened. 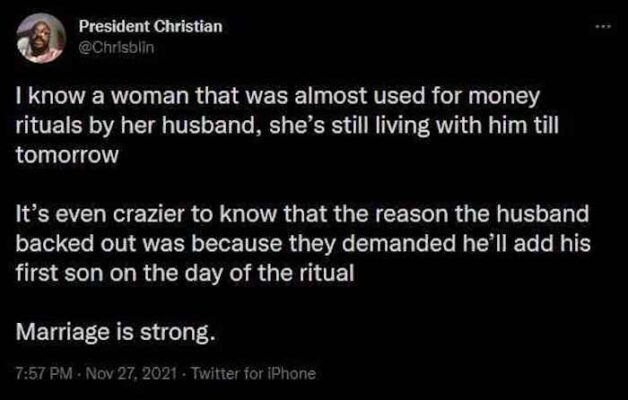