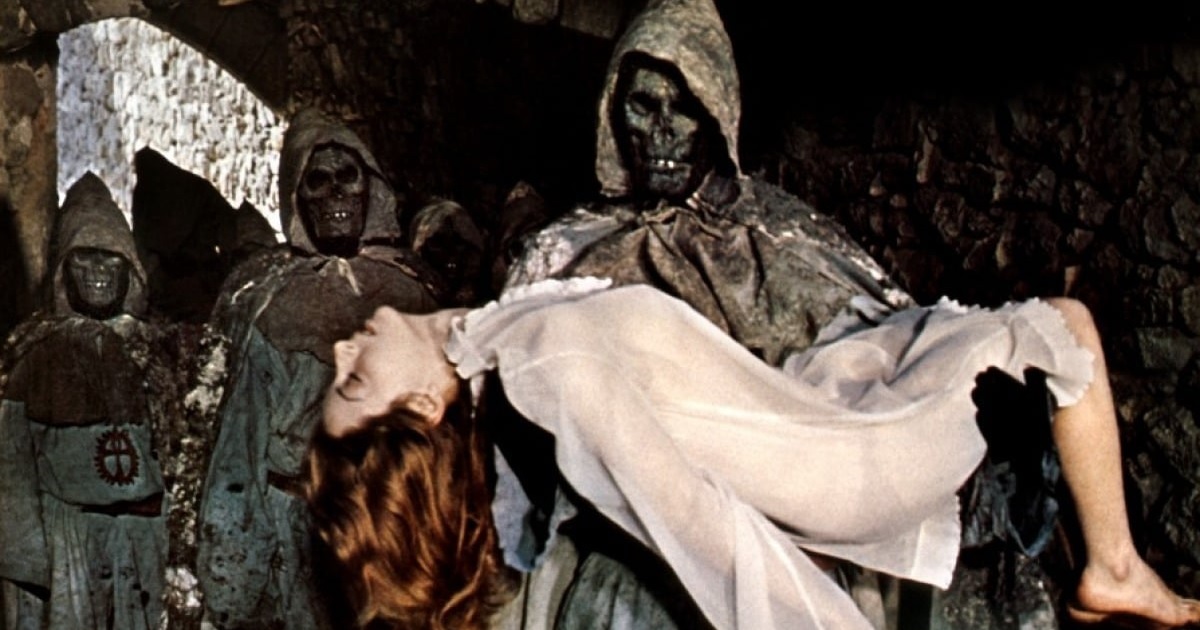 It’s been nearly a year since we heard that Synapse Films was putting together a 3-disc Blu-ray release of director Amando de Ossorio’s 1972 classic Tombs of the Blind Dead (check it out HERE, read Arrow’s recommendation HERE), and this weekend some lucky genre fans are going to have the chance to pick up copies of this steelbook release! Synapse will be selling a limited number of prerelease copies at the Cinema Wasteland convention in Strongsville, Ohio over the weekend. In anticipation of this, they gave the folks at Rue Morgue details on what can be found on the discs.

In case you’re not familiar with Tombs of the Blind Dead, a synopsis on IMDb goes like this:

In the 13th century there existed a legion of evil knights known as the Templars, who quested for eternal life by drinking human blood and committing sacrifices. Executed for their unholy deeds, the Templars bodies were left out for the crows to peck out their eyes. Now, in modern day Portugal, a group of people stumble on the Templars abandoned monastery, reviving their rotting corpses to terrorize the land.

And here’s what can be found in the Synapse steelbook:

The steelbook release of Tombs of the Blind Dead will be limited to 4000 copies. The package features art by Wes Benscoter and a slipcover bearing the original theatrical poster, plus a booklet with liner notes by film historian/home video columnist Patrick McCabe.

Release information for genre fans not attending Cinema Wasteland this weekend will be coming soon.

Do you want to pick up a copy of this Tombs of the Blind Dead release? Let us know by leaving a comment below. To see the package artwork, head over to Rue Morgue.