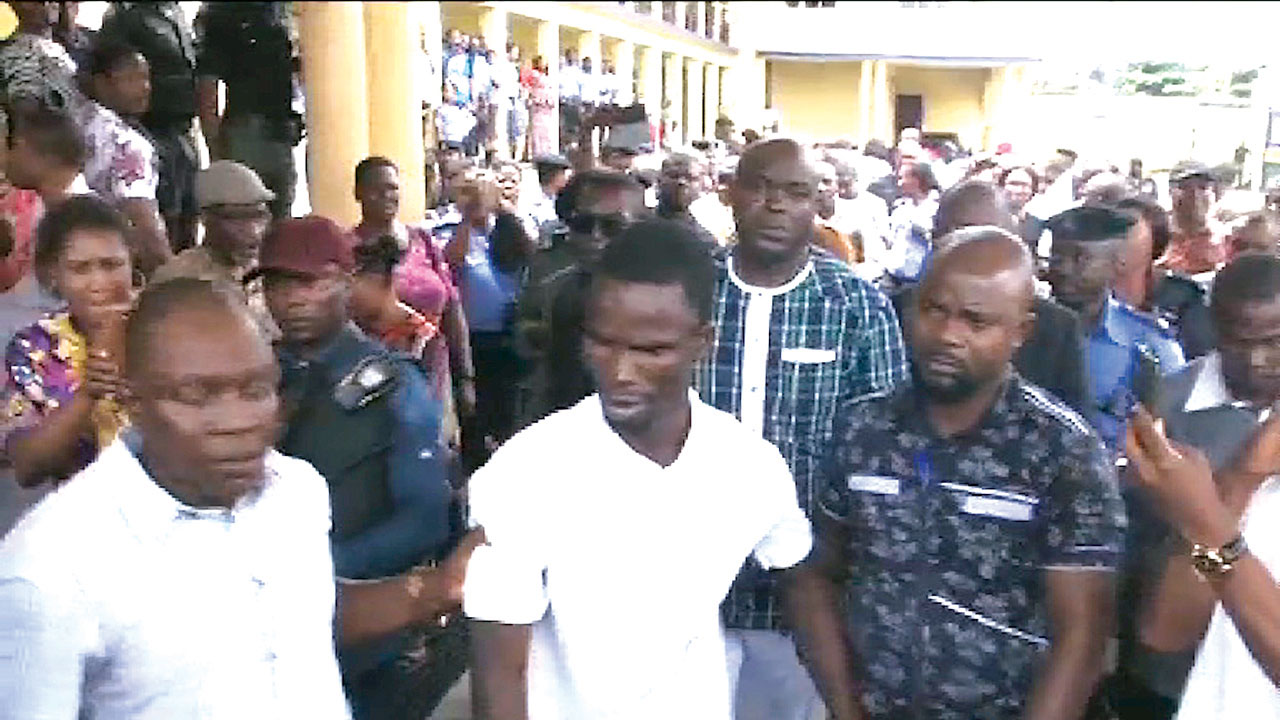 Barely 24 hours after the re-arrested ritual killer suspect, Ifeanyi Dike, was paraded in Port Harcourt, the Chief Magistrate’s Court sitting in Rivers State has ordered his remand in prison.

The accused allegedly raped and killed an eight-year-old girl, Chikamso Nmezuwuba, removed her vital body parts and was arrested by local vigilance group while on his way to dispose the body of the victim.
Dike, an undergraduate of the University of Port Harcourt, was arraigned yesterday by the Commissioner of Police, Zaki Ahmed, on a one-count charge of killing. He allegedly committed the offence on August 18, this year, in his house at No. 8 Messiah Close, Eliozu, Obio/Akpor Local Government Area of the state.
The trial Chief Magistrate, Andrew Amadi-Nna, after the case was announced, said the court lacked jurisdiction to entertain the matter as the offence committed required capital punishment. The charge was, however, not read and no plea was taken by the accused.
He said the case file should be transferred to the Director of Public Prosecutions (DPP), for legal advice. The court, however, adjourned the case indefinitely.
The security in and around the court was very tense as Dike, aged 24, was brought to the court premises in a white bus with plate number FG 128 F50.
The accused person was paraded on Monday after his re-arrest on Friday, September 8, by policemen in Jos, Plateau State. He was declared wanted for escaping from the State Criminal Investigation and Intelligence Department (SCIID) in Port Harcourt after writing his confessional statement on Saturday, August 19. He fled to Jos, where he was arrested for another attempt of armed robbery and murder.
Meanwhile, family of the victim have demanded speedy trial and prosecution of Dike to serve as deterrent to other ritual killers. Mother of the girl, Mrs. Lucy Nmezuwuba, specifically urged the police to cripple Dike to avoid another escape and swift trial, while the deceased’s father, Dr. Ernest Nmezuwuba, demanded that all those involved in the killing of his daughter be brought to book without delay.
Similarly, the deputy governor, Mrs. Ipalibo Banigo, has called for detailed investigation to ensure that all those culpable in the gruesome murder of Miss Chikamso no matter how remotely connected or highly placed face the full wrath of the law. She expressed gladness at the re-arrest of Dike by the police.
“I am a mother and I know what it takes to go through the three trimesters of pregnancy and the excruciating pain of labour, so I don’t want to hear any Mungo Park story again this time. Everybody involved in this devilish act must be made to pay,” she said.
The Guardian