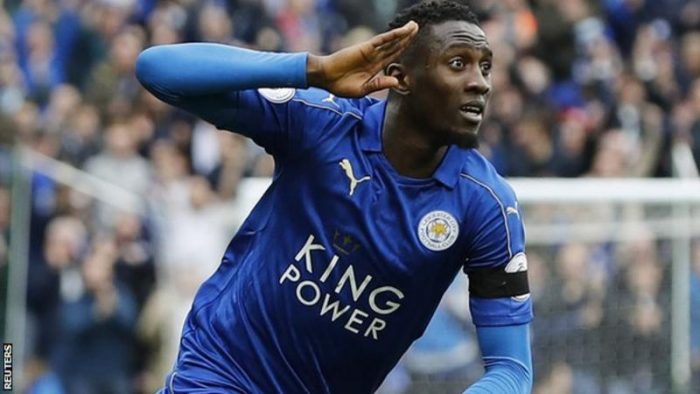 Wilfred Ndidi’s agent, Hakeem Bello, has admitted that his client “won’t say no to Manchester United”.
The Nigeria international has put in a number of impressive performances for Leicester City, following his arrival in the January window and is being linked with a summer move to United, Chelsea and Arsenal.
Bello says that if Jose Mourinho comes calling at the end of the season, the 20-year-old will quit the King Power Stadium.
“Ndidi won’t say no to Manchester United,” Hakeem Bello told OwnGoalNigeria.
“I can proudly tell you that if a bid is launched for him, he will most likely ask Leicester City for a transfer.
“We’re talking Manchester United, the biggest and most successful [club] in England. That’s a no brainer.”
Leicester caretaker manager, Craig Shakespeare, has however expressed his confidence that the Super Eagles star will stay at the club.
“We can do nothing about speculation,” he said.
“It is a credit to him, in terms of the way he has performed, but also the way he is. He is a very good professional, very mature head on his shoulders.
“I have no problem with speculation, but we have our best players tied up.
“Of course, there can always be bids, we can always turn them down. But football is football, you’ll always get bids for good players.
“It is vitally important we keep our young players. Speaking to Wilfred, he is very happy here.
“He knows that we have given him the opportunity and I am sure that he will be a player here for a long, long time.”