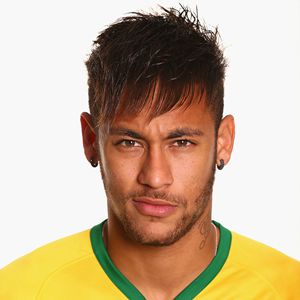 Neymar looks set to travel with the Barcelona squad for Sunday’s El Clasico against Real Madrid as the Catalans continue to fight his suspension for the potentially title-deciding clash.

The Brazilian is in the midst of a three-game suspension for his red card and subsequent sarcastic applause of the officials in Barca’s 2-0 defeat to Malaga two weeks ago.

Barca’s appeal to Spain’s Court of Arbitration for Sport (TAD) wasn’t placed until after the court’s normal meeting time on Friday.

The club argue that until a ruling on the appeal is held, Neymar’s ban should be suspended and therefore allow him to feature at the Bernabeu.

“The club asks TAD to present a ruling and, unless it confirms the player’s ban, it grants the provisional suspension of the ban,” Barca said in a statement.

“As a coach I am prepared to play with Neymar or without him,” said coach Luis Enrique on Saturday.

However, even if no ruling from TAD is forthcoming before kick-off on Sunday (1845GMT), Barca would be taking an enormous risk by playing Neymar as they could be sanctioned with defeat for fielding an ineligible player.

Barca’s desperation for Neymar to be involved speaks volumes as the side most in need of the points.

Enrique says his last Clasico in charge is a must-win for the reigning La Liga champions.

Madrid hold a three-point lead at the top with a game in hand on their rivals as they close in on a first La Liga title in five years.

“Given how close it is to the end of the season it is a decisive weekend,” said Enrique.

“This time a Clasico can decide or almost decide the league or leave it very open. For us it is like a final, only a win will do.”

Madrid could be boosted by the return of Gareth Bale from injury, but the fact the Welshman may not be risked is a further sign that Real have far more room for error.

Bale has been sidelined by an inflammation of the muscles around where he suffered ligament damage in his right ankle that kept him out for three months earlier in the season.

“He will be with us on Sunday,” said Madrid boss Zinedine Zidane.

“You will see tomorrow what team we are going to start with.”

Should Bale not start, the on-form Isco is favourite to take his place, as he did for Madrid’s thrilling 4-2 Champions League win over Bayern Munich after extra-time in midweek.

Centre-backs Raphael Varane and Pepe are Madrid’s only injury absentees meaning Zidane is expected to name the same starting XI as against Bayern.

“It is another important game. There is a lot of tiredness, but also a lot of excitement and desire to keep doing what we are doing,” added the Frenchman.

Only victory will salvage Barca’s season just four days after crashing out of the Champions League at the quarterfinal stage to Juventus.

However, Enrique called on his players to embrace that challenge as an extra stimulus rather than be cowered by the pressure at the Bernabeu.

“For some it means it is a very attractive challenge and for others it means pressure,” he said.

“I prefer to take it as an attractive and marvellous challenge. It’s a chance to move level on points with Madrid.”