It’s not easy to curb expectations for possibly the most highly anticipated film in the history of cinema… and you shouldn’t worry about doing so with Spider-Man: No Way Home.

You may have seen allegedly leaked photos supposedly from the Marvel Studios and Sony Pictures collaboration circulating the internet or read two years worth of fan theories, but you have no idea what’s coming.

Years of speculation about No Way Home fueled the highest hopes for a Marvel-related project since Avengers: Endgame (2019). This review won’t spoil who’s in the movie or who’s not and it won’t tell you major plot points, but it will tell you that you won’t be disappointed.

Tom Holland is perfect in his latest swing as Spider-Man and Peter Parker. With expectations the highest they’ve ever been for a Marvel project and his off-screen romance with co-star Zendaya (“MJ”) in the spotlight, the 25-year-old actor gave the performance of his young but storied career.

Holland’s definitive home run as Spider-Man is no longer the “Mr. Stark, I don’t feel so good” fade away moment in Avengers: Infinity War (2018). Now, it’s his spectacular all-encompassing range from campy to broken that pairs magnificently with the film’s complete and fulfilling story. 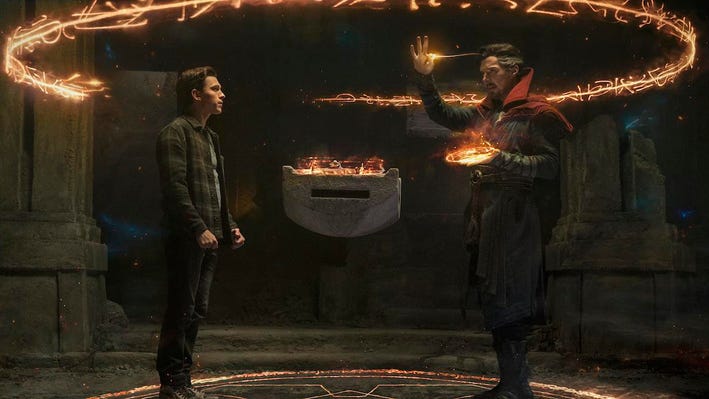 Benedict Cumberbatch has solid chemistry with Holland and effectively moves the story along while often serving as the voice of reason. Zendaya’s latest performance as MJ, Peter’s love interest, sets the stage for some of the movie’s most riveting scenes.

The film’s villains also lived up to expectations. Let’s be honest, with Alfred Molina (”Doctor Octopus”) and Willem Dafoe (“Green Goblin”) in the mix, was there any concern? Together the handful of Spidey foes take Spider-Man to hell and back and then to hell again.

It’ll come as no surprise that Dafoe was the strongest among them. Once you hear the Goblin’s ghastly and menacing voice you’ll realize how much you missed being haunted by it.

The bridge scene that transports Molina’s Doc Ock into the MCU offers much more than was visible in the preview by allowing for some of the movie’s best action in an epic back-and-forth vs. a Spider-Man unfamiliar to him. 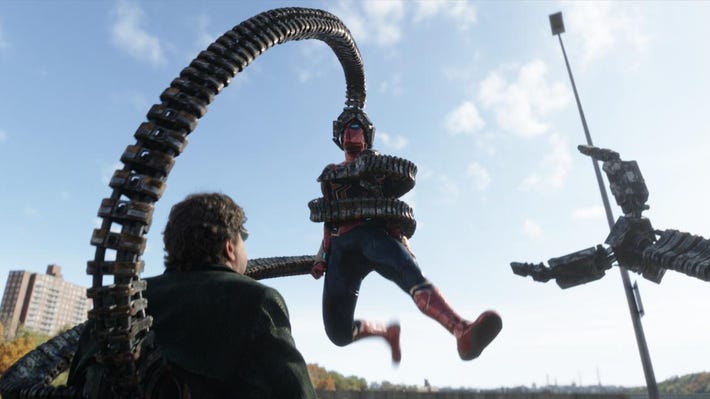 Don’t be turned off by the fast, choppy pacing at the beginning of the picture. It remained longer than needed but allows the audience to feel things in a more visceral fashion when the screws come loose.

There was patented MCU fan service, sometimes in a heavy dosage, sometimes a wink through a simple line. If you’ve come to enjoy or even expect the not-so-discreet gestures to Marvel ticket buyers, you won’t be offended.

Lots of credit is due for director Jon Watts, who also directed the previous two Spider-Man installments — Spider-Man: Homecoming (2017) and Spider-Man: Far From Home (2019) — for weaving the picture together with a crowded, but serviceable, cast and getting a remarkable performance out of Holland. Chris McKenna and Erik Sommers deserve props as well for penning a unique, game-changing MCU story.

No Way Home is one of the greatest Spider-Man films to date and one could even argue the best. It’s a shame Spider-Man co-creator and original Marvel Comics editor in chief Stan Lee wasn’t alive to see it.