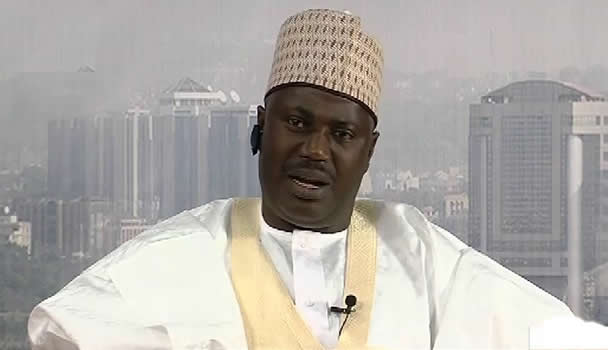 The Chairman , Senate Committee on Media and Public Affairs , Senator Aliyu Abdullahi , has lamented the constant harassment of the Senate by Nigerians , adding that the upper legislative chamber

cannot disclose its salaries and allowances .
Abdullahi said this during a live programme on Channels Television titled , ‘ Politics Today . ’
The Senate spokesman also refused to state how much the lawmakers earned in salary and allowances .
When asked to say how much he earned , Abdullahi said it was rude of the presenter to ask him how much each senator earned .
Abdulahi said , “ You don’ t expect me to come out on national television to say this is what I earn . It is not done . I cannot ask you as a journalist how much you earn. It is not done.
“ If anybody is interested in how much we are getting paid , you know where to get the information . The documents are available . If Nigerians won ’ t believe that, is it what I will say that they will believe ?”
The Senate spokesman said the figures released by the Chairman , Presidential Advisory Committee Against Corruption , Prof. Itse Sagay (SAN) , were false , adding that the Senate ’ s budget was not even as high as what Sagay released .
He said Sagay was only trying to cause unnecessary tension between the National Assembly and the Presidency .
When confronted with the figures exclusively obtained by
Channels Television which put the salary and allowances of each senator at N 14m per month and House of Representatives members as N 8 m per month , Abdullahi said he could not confirm or deny the figures .
Abdullahi said the cost of democracy was not as high as the cost of not having democracy and Nigerians should look on the bright side.
He added , “ This issue has become a recurring decimal . In the last two years people have been discussing this matter and I always ask myself , what do people really want to believe ? I think if this subject matter has been discussed for two years and we are still looking at issues wrongly , then I think there is something wrong with us .
“ The institutions that are responsible for providing this information are there . A law was promulgated on Top Salary Scale also known as TOPSA and it is based on this scale that everyone who holds one political office or the other gets paid.
“ I want to also submit that I presume Prof. Sagay would have been paid based on the provision of this scale . For us in the National Assembly, the question needs to be asked ‘ what is the cost of having democracy and what is the cost of not having democracy ?’”
Sagay ( SAN), had said last week that a Nigerian senator earns N 29m per month.
“ From the information I have gathered, a Nigerian senator earns about N 29m a month and over N 3 bn a year , ” the professor said .
He added , “Basic salary N 2 , 484 , 245 . 50 ; hardship allowance , 1 , 242 , 122 . 70 ; constituency allowance N 4 , 968 , 509 . 00 ; furniture allowance N 7 , 452 , 736 . 50 ; newspaper allowance N 1 , 242 , 122 . 70.
“ Wardrobe allowance N 621 , 061 . 37; recess allowance N 248 , 424 . 55 ; accommodation 4 , 968 , 509 . 00; utilities N 828 , 081 . 83; domestic staff N 1 , 863 , 184 . 12 ; entertainment N 828 , 081 . 83; personal assistant N 621 , 061 . 37; vehicle maintenance allowance N 1 , 863 , 184 . 12 ; leave allowance N 248 , 424 . 55; severance gratuity N 7 , 425 , 736 . 50; and motor vehicle allowance N 9 , 936 , 982 . 00. ”
This post appeared first on punchng.com