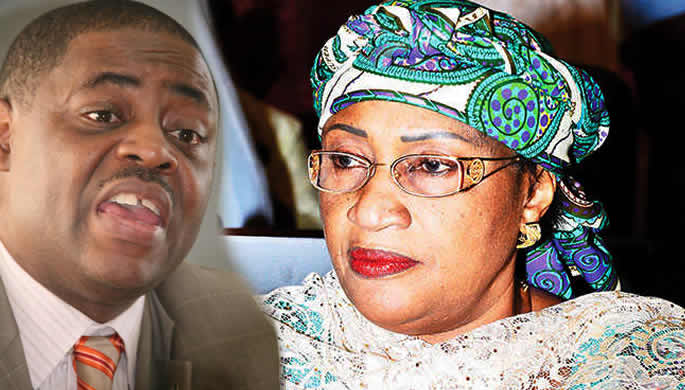 The Minister of Women Affairs , Aisha Alhassan , has accused a former Minister of Aviation , Chief Femi Fani -Kayode, of telling lies against her .

Fani – Kayode had in a series of tweets stated that Alhassan , who is in charge of the welfare of the rescued Chibok girls , had exposure to make about the role Governor Nasir el -Rufai of Kaduna State played in the “Chibok scam . ”
Fani – Kayode ’ s tweets were quickly referenced by some Peoples Democratic Party supporters like Governor Ayodele Fayose ’ s aide , Lere Olayinka ; and Deji Adeyanju .
Alhassan in a tweet on her official Twitter handle advised Fani – Kayode to respect himself as a former minister .
She said , “ As a former minister of the Federal Republic, it is demeaning on your person to deliberately engage in peddling falsehood . I never said such .
“ You peddled falsehood . And that’ s exactly what it is: lies and propaganda . Thank God the APC is cleaning up your mess . ”
Fani – Kayode had earlier on Sunday hailed Alhassan ; and former Vice- President Atiku Abubakar for finally coming out against President Muhammadu Buhari .
Fani – Kayode said this in a terse statement on Sunday.
He said he was sure that Alhassan , who is in charge of the welfare of the rescued Chibok girls, would soon expose the scam behind the abduction of the girls.
The former minister described Alhassan as a courageous woman and Atiku as a blessing to Nigeria.
Fani – Kayode said the infighting in the All Progressives Congress was a sign that the end of the ruling party was near .
He said , “ Mama Taraba (Alhassan ) is a courageous woman who has spoken the truth . Vice – President Abubakar Atiku is a blessing to this nation whilst President Muhammadu Buhari is a curse. The APC sun is about to set .
“ Mama Taraba has a duty to tell us all she knows about Governor Nasir el Rufai’ s alleged role in the Chibok girls scam and Boko Haram. I urge her to do so .
“ I said it before , during and after the 2015 presidential campaign that the truth about the Chibok girls and those behind Boko Haram had yet to be heard . Now it is all coming out. Nothing is hidden under the sun.
“ Thank you Mama Taraba . Others will also come out to tell us what they know . Soon the world will know who the real terrorists are. ”
This post appeared first on punchng.com

Search Vistanaij
Latest Posts
× How can I help you?