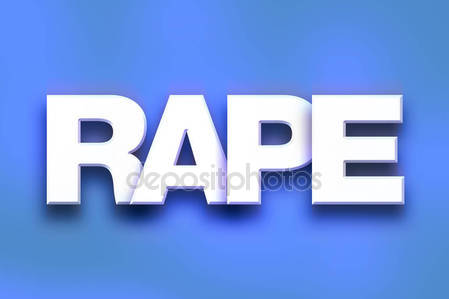 farmer, of Koromari village in Bursari Local Government Area of Yobe state, to 10 years imprisonment, with no option of fine, for the offence of rape of a 14 years old girl.
The prosecutor, Barrister Fatima Alhaji Mohammed, told the court that the case was reported at the Garin Alkali police division by one Mohammed Arania of Koromari village in Bursari local government area of Yobe state, on the 9th of September, 2017.
He told the court that on the same date, the accused person, Khaji Nujiya of same address, stopped his daughter, Zainab Mella, aged 14, while she was on her way to fetch animal feed in the bush, where he forcefully had a sexual intercourse with her against her consent.
As a result, she told the court, the victim sustained injury on her private part, adding that the offence is punishable under section 283 of the penal code law.
In his judgment, the presiding judge, Abubakar Lambart Maluri, told the court that, having taken into consideration the submissions of the prosecutor and the defense council for the accused, he is satisfied that the prosecutor has proved the charges against the accused person beyond all reasonable doubt as required by law.
Before pronouncing the sentence against the accused, haven considered the plea of the defense council for the accused for leniency, told the court that he would also take into consideration the protection of the weak, young and old who are vulnerable members of the society from the aggressive, barbaric and uncivilized conduct of some members of our community.
He added that, “the law shall not relent in its effort to protect and safeguard the moral values of our society.”
He therefore convicted the accused person and sentenced him to 10 years imprisonment with no option of fine in addition to the payment of N50, 000 compensation to the victim.
This compensation, he said, is for the irreparable loss of the victim’s virginity at such a young age and the loss of her pride in the society, adding that the punishment is to serve as a deterrent to others of like mind and the convict.
He also called on his colleagues to be alive in their responsibility to maintain a social equilibrium in the society where peace and justice shall reign.
However, speaking to our reporter after the judgment, the prosecutor, Barrister Fatima Alhaji Mohammed, who is also a member of women lawyers activist in the state, fighting for the defense of the rights women and the girl child, said he was not satisfied with rate of N50,000 compensation for all that the girl has lost in her womanhood.
She however feels satisfied with the ten years punishment saying that it would send a signal to others like the convict.
Our reporter recalls that some months ago, the commissioner of police, who is also the attorney general of Yobe state, disclosed that the state judiciary is amending its old laws on rape and that forthwith, anybody convicted of rape in the state would be sentenced to ten years imprisonment without any option of fine.
Source – http://peoplesdailyng.com