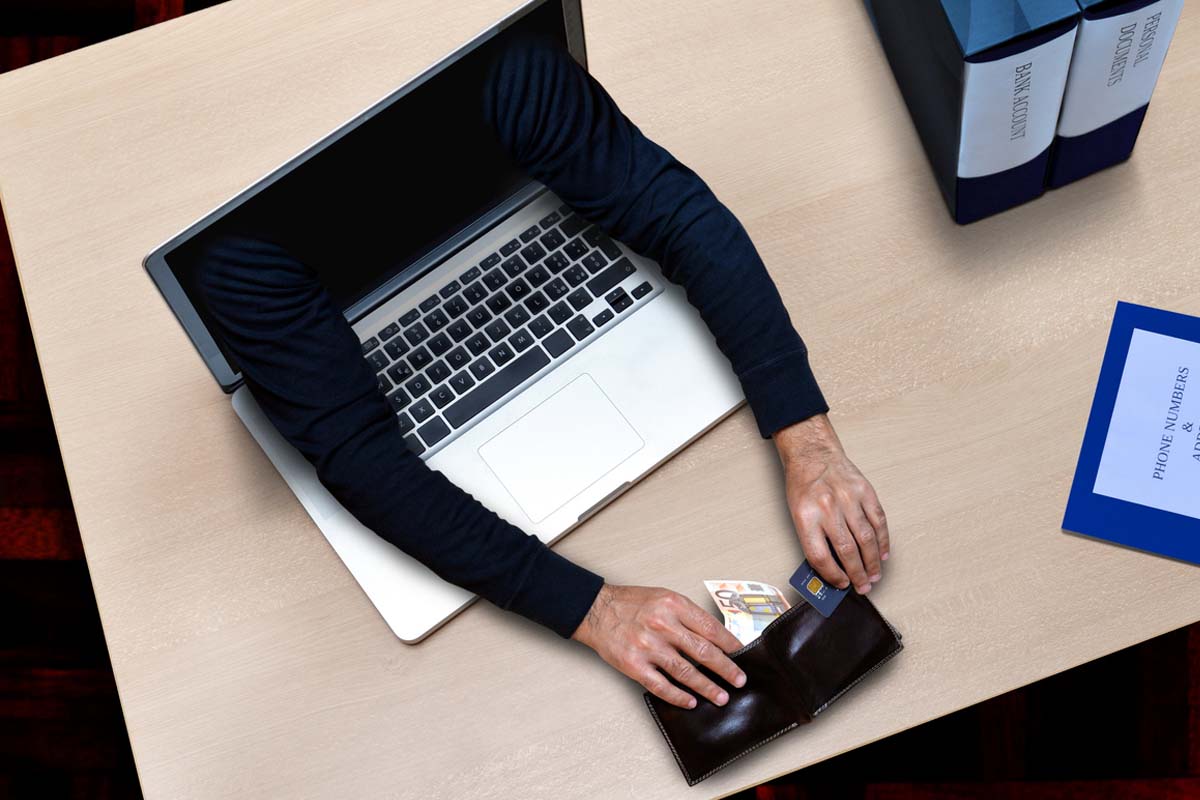 He was apprehended by Lagos State Police Command when a gang of notorious armed robbers exposed that he was part of their frequent receivers of stolen goods.

According to Sun News, a suspected hacker identified as Habib Aliyu has given insight into the mystery behind the easy hacking of people’s bank accounts through the stolen phones of such victims.

He was arrested by operatives of the Lagos State Police Command when a gang of notorious armed robbers alleged that he was one of their frequent receivers of stolen goods. They alleged that Habib and several others still at large normally collect the SIM (Subscribers Identification Module) cards from them and withdraw money from the owner’s account.

He was tracked down and arrested in Mushin area of the state and he confessed to have used the SIM cards in those stolen phones to steal money from the accounts of the victims. He also revealed the roles played by some staff of five new generation banks whose responsibilities were to provide account numbers with money and codes.

I wish to be an engineer

In an exclusive interview with Saturday Sun, Habib Aliyu who is 29 years old, claimed that he was recruited by a syndicate made up of notorious armed robbers and phone hackers.

“My name is Habib Aliyu and I am from Ogun State, I dropped out of school when my father died and there was no other way to survive. After spending so many years in the village with my mother, I was sent to go and learn plumbing work at Mushin area.

I had learnt the work and could fix a pipe without supervision, so my boss would send me alone to his customers.

“Two years ago, I was sent to a house in Mushin and when I got there, I met so many boys with computers. I knew that they are yahoo boys and they were discussing about SIM cards. I managed to join the conversation and was lamenting how I had suffered and would like to succeed in life. I was asked to join them but that I must join their cult group. I was desperate, so I joined them the Eiye fraternity. I was initiated that very day and asked to go home and come back the next day.

“I did not tell my boss what happened but lied that the people asked me to come back and check the pipe again. This was how I started learning the work.

“They have different groups and we call them squads. I am under Mushin, Ikorodu and Agege group. I can be drafted to work in any of these areas. Those whose job is to steal phones and bring the SIM card to us are called the strike squad.

“I belong to the cash squad. Our job is to use computer and withdraw money from that account. I learnt the job for one week before I was allowed to work independently. I told my boss and family that I got a cleaning job in that compound and they believed me.”

On how they withdraw money from people’s account, Habib alleged that they now rely on bankers to provide specific information for them.

“Every bank has its own USSD (Unstructured Supplementary Service Data) code already, we dial several codes on the stolen line and as soon as we get a response, we will know the bank. We will be able to know if the person uses birth date as pin. The BVN number can be gotten from any phone with ease.

“If it is so difficult, we will quickly call our contacts in the bank to provide information for us. They can tell you which account you can find money because of time. They also let us know the three digits on the person’s ATM card.

“This is needed when you want to transfer big money from the account or use it to buy products online. We normally work at night or early hours of the morning. We work with time because Nigerians are wiser, they will quickly block the line if you waste time. Depending on when you are on duty, we start around 11pm when the strike force who left for night raid returns with stolen phones. And we also work by 6am for those who managed to do early morning raid. Banks open by 8am, so if you are not able to work fast the owner will walk into the bank and block the account.

“Some people are too wise not to store their account number on the phone, so we need the help of our contact inside the bank to get such sensitive information. You simply give them the phone number and the information will be provided. It is Segun that has the responsibility to reach out to them. There are five new generation banks that we normally love using.

“I have promised to help the police to catch Segun and I promise my family that I will go back to my plumbing work. Crime does not pay.”

On their sharing formular, Habib claimed that they lose more money by using contacts in the bank. “We try as much as we can to decode the account without any form of help from inside. If we use them, then they will be given 40 per cent of what we get. We will now share the remaining 60 per cent. If they did not help us, then we will give the strike force 60 per cent and take 40 per cent. We are small time hackers because we do not have the application to move millions out of people’s account. We rarely move than N100, 000 in 24 hours. It’s only those that are stolen on Fridays that you can take as much as possible before Monday. Most importantly, if we see big money in an account, Segun will tell our insider to deactivate their email alert, so that the person will assume that all is well till he retrieves his SIM card from the service provider.

“The business is becoming difficult every day because people now know how to block their lines online. If you are not fast, you will not get a kobo. The only way to stop us is by putting password on your SIM card. I am very sorry; my greatest wish is to become an engineer. I am ready to help the police to arrest the others, especially Segun.”

On how he was caught, Habib said that he received a call from one of their suppliers and he went to pick the SIM card with the intent to do it alone.

“The guy told me that we would share the proceeds into two and I agreed to meet up with him. I never knew that the police had arrested him. This was how they caught me. Since I joined them, they have never arrested me because we are very careful.”