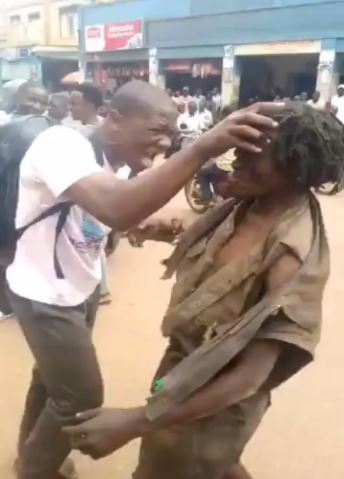 A video which surfaced online shows a pastor battling with a mentally unstable man as he tries to cast out the madness from him.

The clergyman laid his hand on the mentally challenged man’s head in public was saying; ‘”fire fire out, out” to the amazement of onlookers patiently waiting for a miracle to happen.

He prayed vehemently and tried to force out the demons out of the madman but it proved difficult. 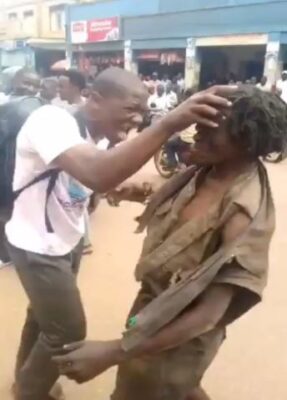 Pastor Beats Up A Madman While Trying To Deliver Him (Video)

It got to an extent, he forcefully lifted the madman up and pinned him on the ground as he continued to pray.