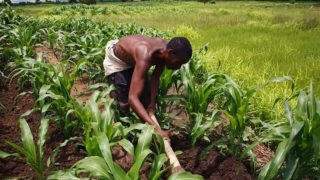 To achieve this, select traditional rulers have been taken on a tour to Thailand, to learn modern agricultural practices, which would be replicated in their various communities.

Uplifting youths through agriculture (UYOTA), an organisation committed to promoting and improving lives of people at the grassroots, is partnering traditional rulers to improve the standard of living of their people through agriculture.
To achieve this, select traditional rulers have been taken on a tour to Thailand, to learn modern agricultural practices, which would be replicated in their various communities.
According to founder and president of the project, Mrs. Afoma Clara Adigwe, “the royal fathers are intermediary between the grassroots and government, which is a synergy for success. We want to see how UYOTA can collaborate with government to help youths. We want to see how youths can go into packaging, processing and preservation of agro produce, because we have a lot of post-harvest waste, even if they may not be able to do the farming themselves.
“I also want government to carry the royal fathers along, while the royal fathers in turn partner with UYOTA to alleviate the sufferings of youths. For us, the answer to food crisis is for the royal fathers to key into the agricultural project of the people of Thailand.”
Adigwe further stressed that the looted funds should be diverted to agriculture, which is the fastest way to create jobs for youths. Speaking on the need for proper infrastructure to aid agricultural sector, Chief Executive Officer, Farmers Delight, Toyin Jaiyeola, said; “we need land, and a good transportation network because 70 per cent of farm produce gets bad before they get to the market and so this is wasted effort. The farmers are doing a lot but are not getting as much from their hard work.”
Source – m.guardian.ng