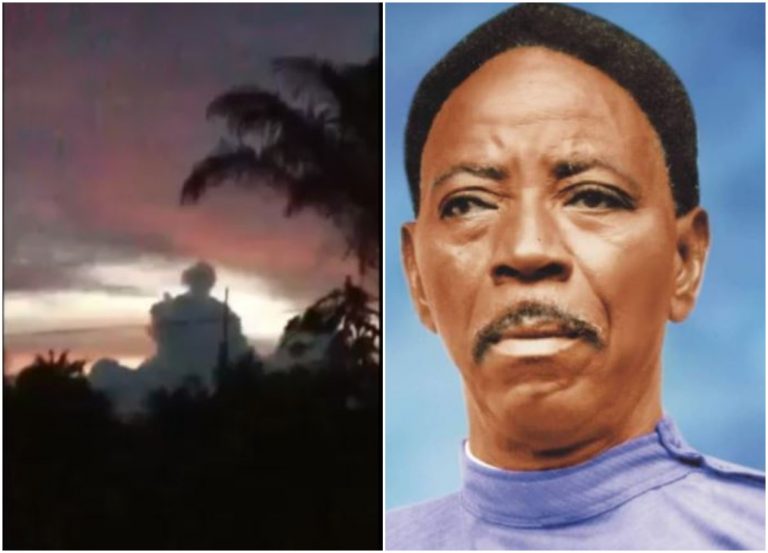 A video of a group of Celestial church members praising and worshipping God after claiming to see their founder, Oshoffa, in the sky has surfaced on social media.

In the viral video, the members could be heard praying loudly and hailing the God of Oshoffa as they look into the sky.

“Daddy, come and see Oshoffa, he’s in the sky,” one person is heard saying in the video.

Joseph Oshoffa was the founder of the Celestial Church of Christ after he reportedly resurrected people from the dead.

According to reports, he founded the church in 1947 after being lost for three months near Porto-Novo in Benin.

Oshoffa was reported to have had 14 wives and 54 children when he died in 1985 although some say these figures are high.