A 26-year-old Nigerian man, Oluwaseyi Elemide, was charged with stalking a woman in the United Kingdom. 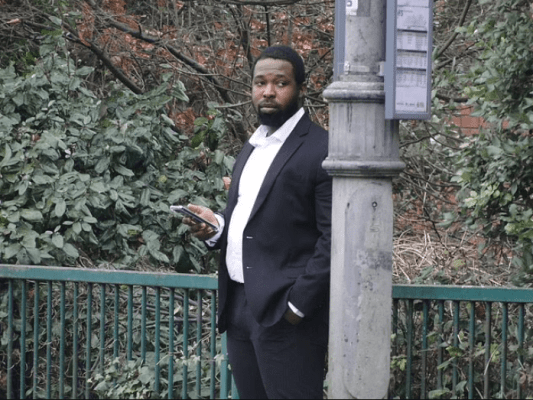 Elemide admitted stalking a beautician identified as Demi Witter, who he failed to impress after pestering her, banging on the windows of her London salon, and sending unwelcome emails.

Between July 20 and July 27, last year, he harassed Demi Witter at her Lavender Hill salon in Battersea, bringing a gift of tea and a note, banging on the salon windows, and following her on Instagram, according to Mail Online.

Wimbledon Magistrates Court heard that the accountant even wrote Demi a clumsy romantic poem, “Roses are red, violets are blue. We fit together like a bespoke three-piece and dapper shoes.”

In a victim impact statement, Ms. Witter said, “His behaviour is frightening and I am worried he will wait outside and follow me home. He turned up unannounced three times in a week.”

“I think he is infatuated with me and I am stressed out and anxious because of this. I have to work with the door locked and I am afraid he will confront me in the street.” She added.

SEE ALSO:  Healthcare - How to treat breathing problems in Baby

“He tried to engage her in conversation and informed her he had his own business and engaged in an arms-length business level and she told him she was not interested.

“She gave him her business card and week later received an email from the defendant, explaining he could help her business and she replied, informing him no help was needed. However, he did not stop and began following her on Instagram. She blocked him and he sent her an email.” He told the court.

Elemide wrote, “How are you? Some of the content was good on Instagram. You blocked me, what did I do to deserve that?”.

He then attended the victim’s busy salon and left a box of teabags and a greeting card wishing her luck.

Ms. Witter then told Elemide to grow up and asked how old he was, repeating he was not welcome at the salon and she would call the police if she saw him again.

Two minutes later Elemide returned to the salon window, showing Ms. Witter a post-it note with his age written on it.