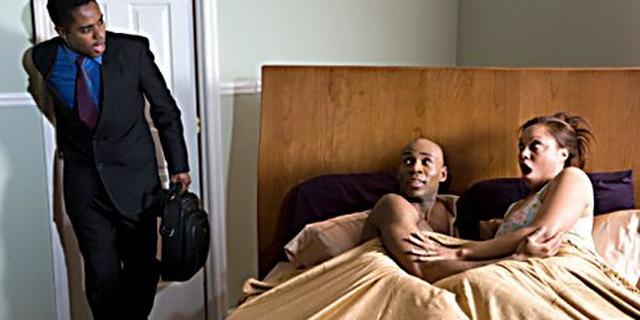 A man identified as Matt Mogotlane has taken to social media to share an incident that brought joy to his heart.

In response, Matt said he’s so happy his girlfriend received a beating from the wife of the married man she was cheating on him with.

He tweeted; “I am thrilled since my girlfriend cheated on me and the wife of the man she had sex with beat her up”. 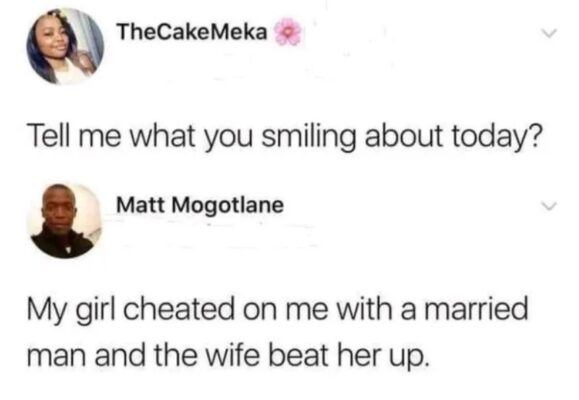 A twitter user said; My brother, you’re serving a living God. We must unite as brothers to resist this because black men do not cheat.

Another user said; I found it humorous when two customers, both of whom were white men, were heard laughing over something they had read online.

Because of this, I’m curious as to why the married man’s wife beat the girl rather than his unfaithful spouse.