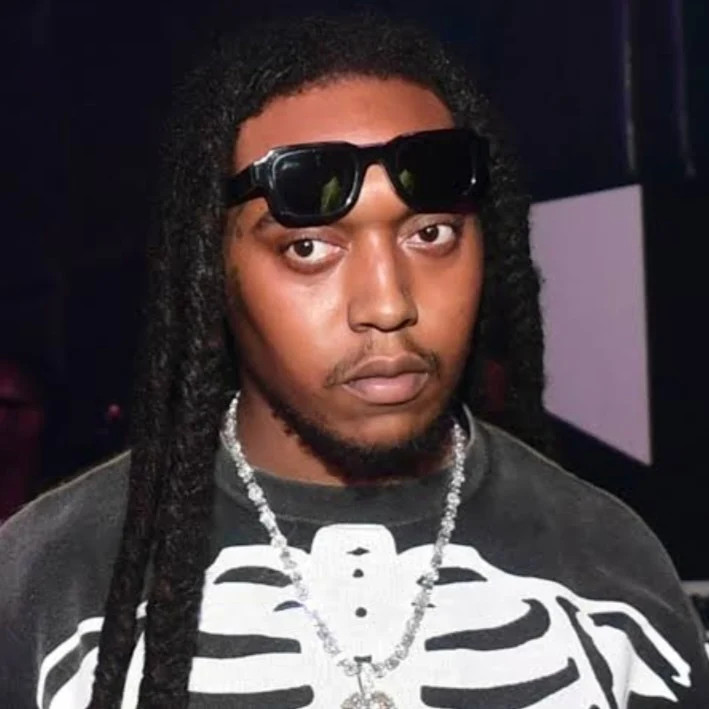 Migos rapper, Takeoff, has reportedly died after he was shot in Houston early this morning, November 1. 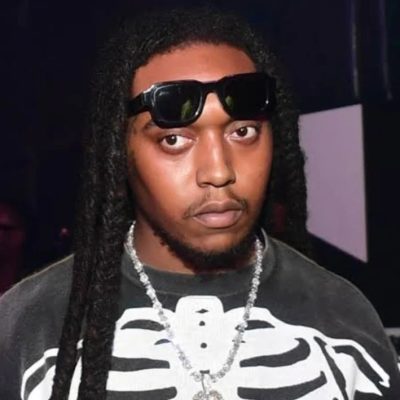 It was initially reported that his fellow Migos rapper, Quavo, was also shot but that has been refuted.

A video circulating online shows Takeoff lying on the ground while a shaken Quavo (in a red T-shirt) struggled to come to terms with what had happened.

Takeoff, Quavo, and Cardi B’s husband Offset make up the group Migos and are blood relatives.

Many have taken to Twitter to mourn Takeoff, making him trend even in Nigeria. 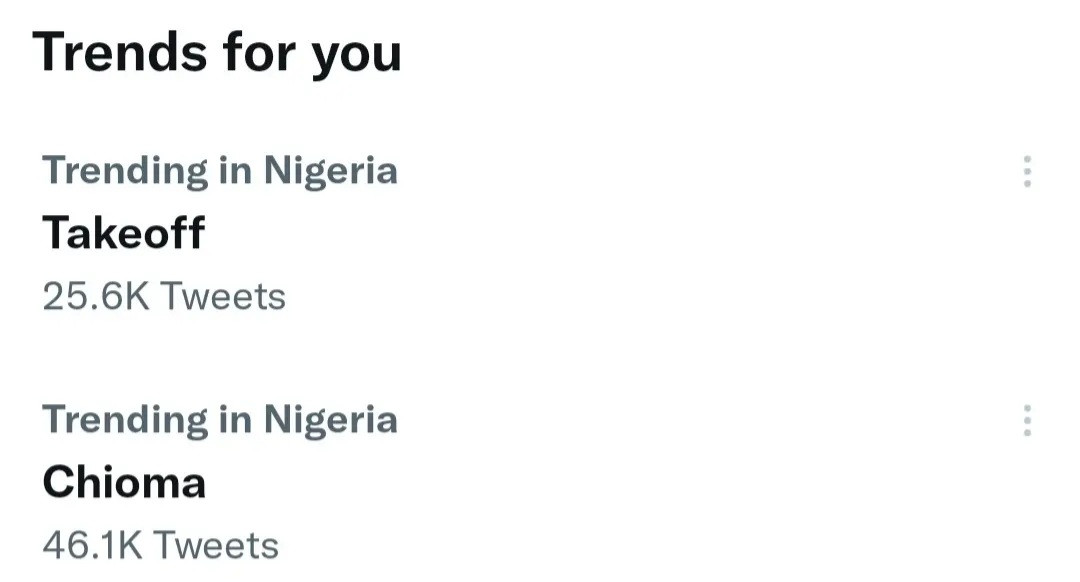 See tributes and a video of the aftermath of the shooting below. 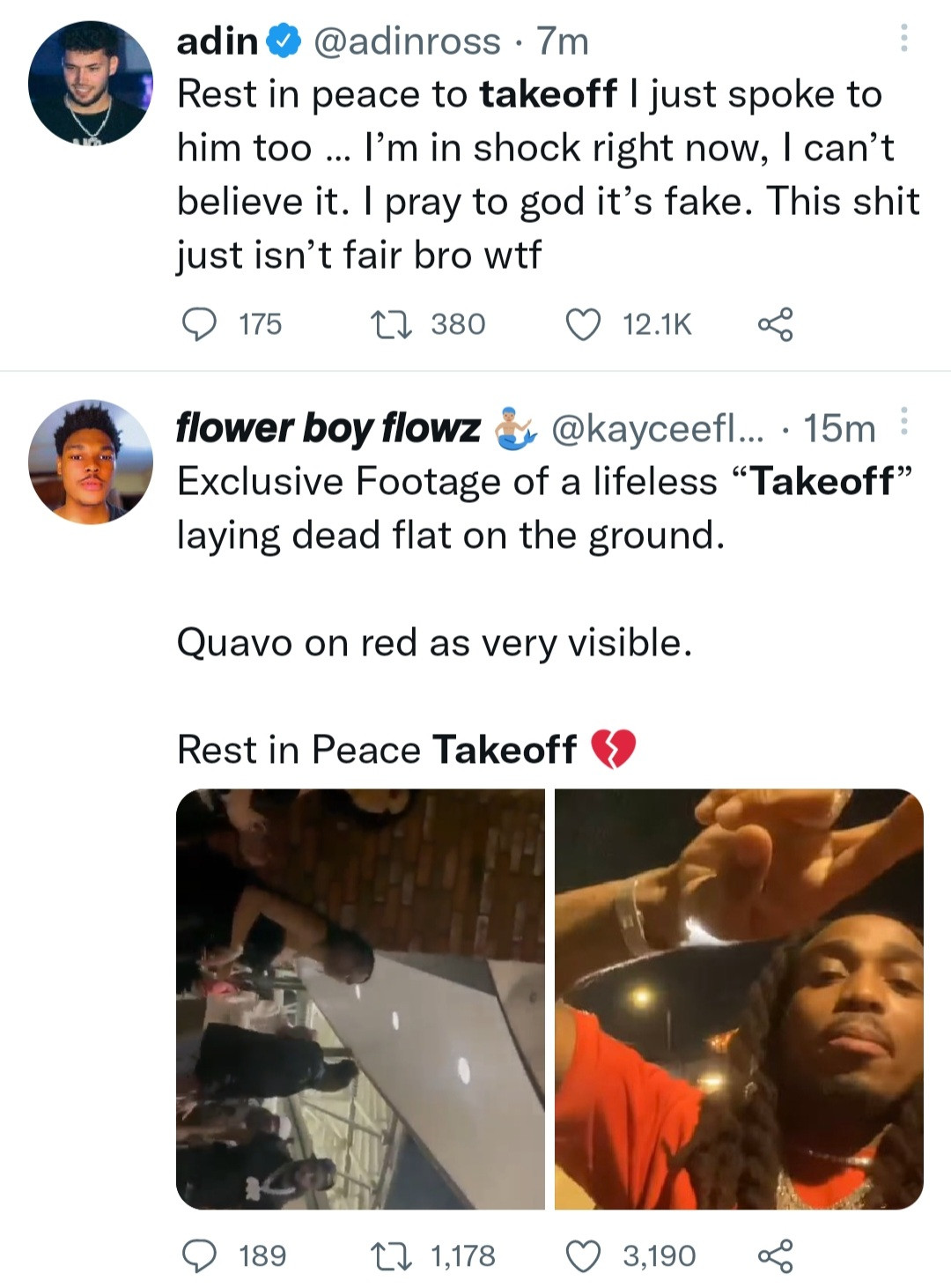 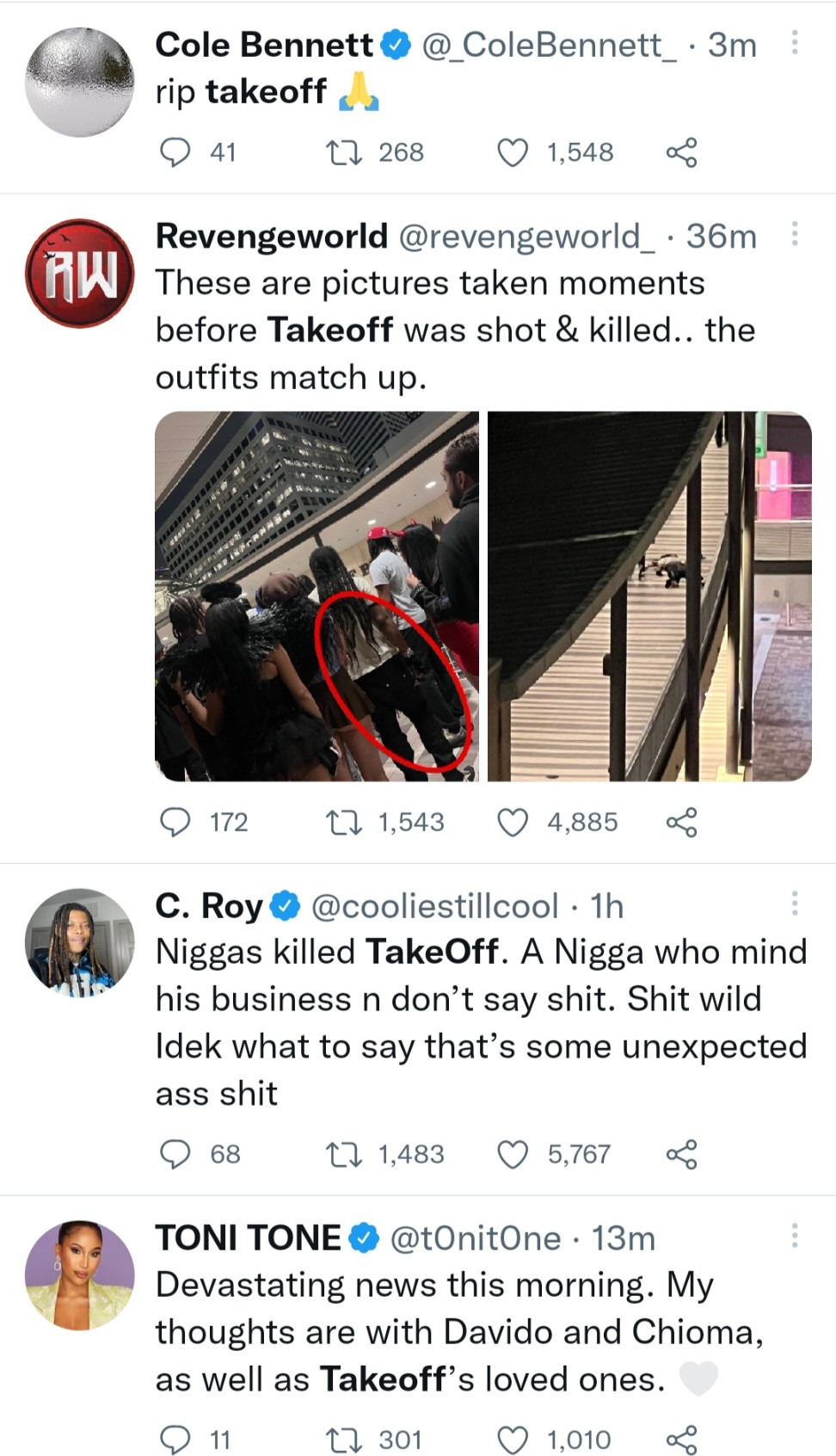 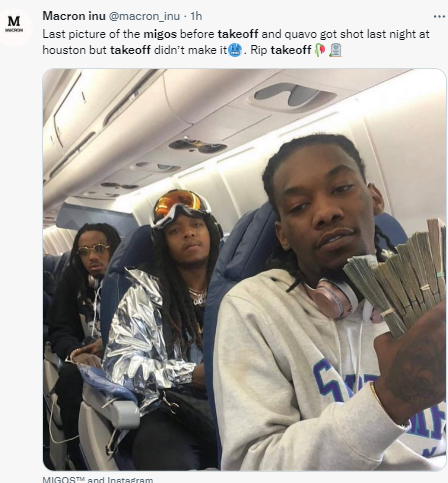 See the video below.

by Linda Ikeji at 01