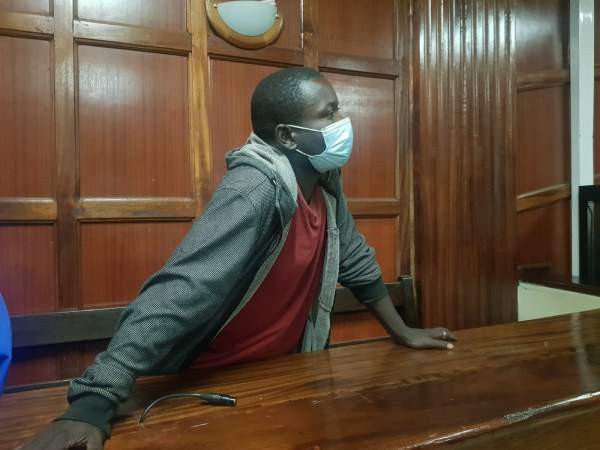 A man arrested for stealing two bibles from a city supermarket has presented a shocking defence after pleading guilty to the charges against him.

Upon being arraigned before Milimani Chief Magistrate Susan Shitubi, the suspect identified as Augustine Wanyonyi claimed that he wanted to know more about God and His word after he developed suicidal thoughts, hence the decision to steal the holy books.

Speaking after State Counsel Alice Mathangani read a police report in court that revealed that Wanyonyi went to Naivas Supermarket located along Moi Avenue in Nairobi around 3:00 pm on Monday, January 30, and stole two bibles which he hid inside his pants, the suspect said he had a strong belief that the word of God would break his bondage.

He was captured on CCTV cameras installed in the premises and got arrested when he failed to pay for the items.

The 30-year-old man, according to court records, claimed that he developed suicidal thoughts after his house in Mukuru Kwa Njenga slum was demolished. When asked to explain why he decided to steal the two holy books which cost Ksh2,100, the suspect said he wanted to gift his wife one and use the other one.

“I stole the Bible so that I could read, understand and preach the word of God instead of committing suicide due to problems I’m facing.”

The prosecutor also told the court that the accused had a previous record of shoplifting and had been charged in December 2021.

The revelation by Mathangani saw the Magistrate order a pre-sentencing report to be filed in court within seven days.

Wanyonyi is scheduled to appear in court for sentencing on February 16.