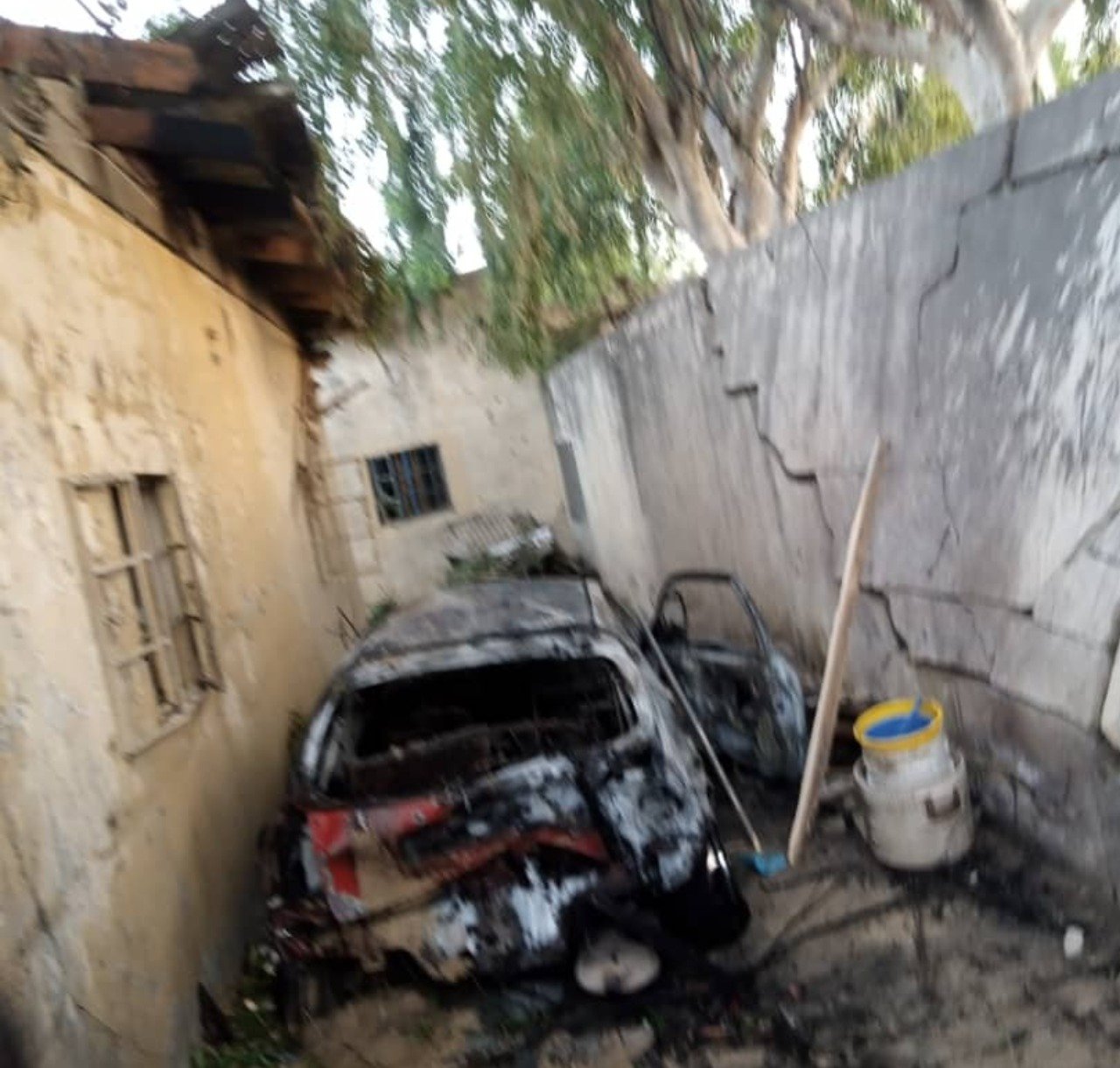 It was reported that a child was injured following heavy rockets early Saturday.

It was suspected to have been fired by Islamic State for West African Province, ISWAP, into Maiduguri this morning.

Residents of 1000 Housing Estate along the Maiduguri, Damaturu road said an infant was injured but no loss of life.

The rockets fell close to a mosque. Speaking to DAILY POST this morning, Baba Goni Umar, a resident of 1000 housing estate said the explosion hit his neighbour’s house but fortunately they were not at home.

“You can see the pictures and the video. It touched part of my house but my neighbours’ house was completely destroyed. We thank Allah that they barely left the house when this happened,” Goni said.

Another resident of the estate, Alhaji Bukar whose house was also destroyed by the rockets told DAILY POST that he was in his room when the rockets hit his house and part of the wall fell on his wife and his daughter but they were unhurt.

According to Alhaji Bukar:-

“I came back from the mosque and fell asleep; suddenly, I heard a large sound, then I heard my wife screaming.”

Also reports from Gomari ward showed that the explosion fell near a mosque and also destroyed some houses but there was no casualty.

A resident of the area who spoke to DAILY POST said the military just left the area.

“They came and removed all the ordinances of the explosion. This has brought back fresh memories but we thank God no life was lost. May God continue to protect us,” he said.