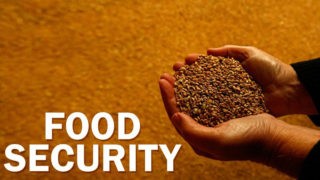 Initiative, to address the various challenges facing agriculture in the state.
It has also fully compensated the five affected communities, whose crops were affected.Speaking at a cheque presentation ceremony, held at the Ministry of Agriculture, Ikeja, Special Adviser to the state governor on Food Security, Mr. Ganiyu Okanlawon Sanni, the compensation was in fulfillment of the promise made by government to residents of the communities.
He noted that acquiring of the land and payment of compensation is part of effort of government to address the various challenges facing agriculture in the state, such as declining land for agricultural activities, encroachment by land speculators, as well as, promoting the utilisation of agricultural land for its intended purposes.
The Special Adviser, who added that the effort is also geared towards boosting food security in the state, explained that the land in these communities would be allocated to farmers after the compensation.
While urging members of the affected communities to continue to cooperate with one another and also carry every member of their communities along, the Special Adviser said their cooperation is key in the development of their communities.
Okanlawon noted that; “The Agricultural Equipment Hiring Centre is targeted towards providing mechanised tools at a reduced rate to farmers, the initiative has been set to reduce drudgery in agriculture; increase farm land under cultivation; promote competition and enhance the value of money for farmers,” Okanlawon said.
Source – m.guardian.ng