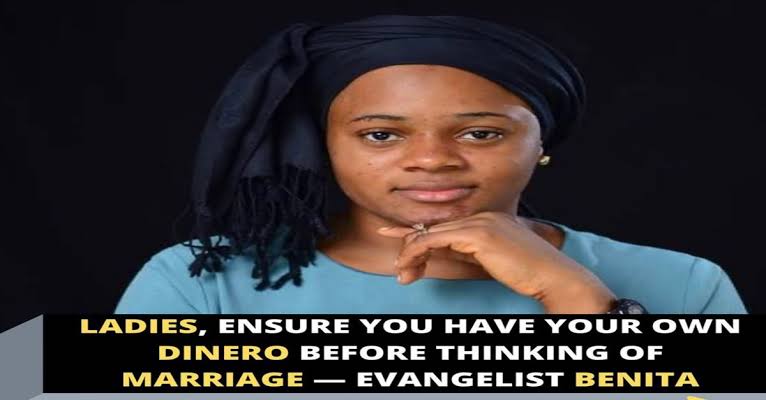 Pastor Benita Okeke of Watchtower Prayer Network, has urged single ladies to make their own money before thinking of becoming somebody’s wife.

She criticised the hastened desire by some women to get married without having a job or career from which they make a living.

The wife to Evangelist Emmanuel Okeke, who was speaking during a sermon, noted how some women dump their certificates after bagging degrees simply because they want to get married in their young age and be taken care of by their husbands.

Benita recounted a story a woman told her about how she is the one who has been taking care of him since they got married.

calabar_chic; Pretty important… you SHOULDNT ever HAVE to depend on someone else for your financial independence! Ladies.. having your own is a big FLEXXX!

feyisayorichards; Abeg let people do whatever suits them best and stop doing as if you get the marriage syllabus

prettygifttyy; Abeg leave me I want to be like Regina Daniels

only1_ednariches; She’s right oh, as a lady don’t go into marriage broke. Having ur own money is priceless oh