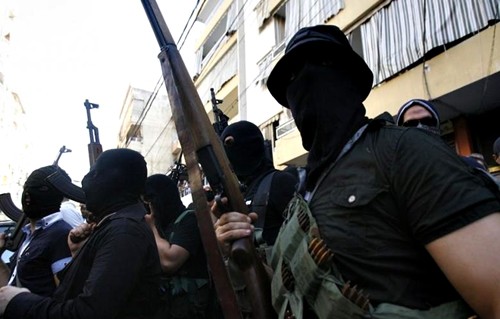 Dare devil armed robbers invaded a private female hostel of Kwara State Polytechnic, Ilorin, stripping them unclad and molesting them before carting away cash and property.

A private hostel occupied majorly by female students of Kwara State Polytechnic, Ilorin, was on Tuesday night, invaded by dare devil armed robbers who molested the students before carting away cash and property estimated at about N2 million.

According to eyewitness accounts, the dare-devil robbers, stripped the ladies unclad and locked them inside a room occupied by the only male member of the hostel, after they had removed the properties belonging to the ladies.

The incident, which occurred at about 11.00pm according to eyewitness accounts has made the ladies and other occupants to desert the hostel, located along Bukola Bukoye Street in Oyun area of the state capital. The hostel has about eight self-contained apartments and was mainly occupied by ladies apparently with means.

The robbers were said to have scaled the fancy low fence built around the house and subsequently tampered with the choke of the two small generating sets that were being used to supply light to two of the apartments, in order to increase the volume of noise from the sets and thereby prevent neighbours from hearing what was going on in the hostel.

The incident occurred just as the state police command confirmed the arrest of two suspected female kidnappers who specialised in using N50 notes to entice their victims.