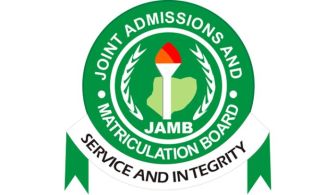 The Joint Admission and Registration Board (JAMB) has announced the postponement of the 2017 UTME registration and the examination.
The JAMB Registrar disclosed this in a statement in Abuja.
According to him, the registration deadline has been shifted from April 19th to May 5th, 2017.
The 2017 UTME examination on the other hand has been shifted. It will now start from May 13 to May 20, 2017.
“Instead of the earlier announced April 19, the deadline for the sale of forms and registration will now extend to Friday, May 5, 2017. Consequently, the 2017 UTME has also been postponed to start on Saturday, May 13 – 20, 2017.” The JAMB Boss stated.
It will be recalled that the House of Representative earlier directed JAMB to extend the deadline.
*We Are Better Positioned Now To Conduct 2017 UTME – JAMB*
The Registrar of JAMB, Prof Ishaq Oloyede has disclosed that that following the technical issues that led to the postponement of the mock examination has positioned the board to conduct a proper JAMB examination.
According to him, this is because the appropriate rehearsal and test-running of the new system has been substantially achieved.
In his words, “The plan was to trial-test the readiness of our facilities and address the challenges that may likely confront the main examination.
“At this moment, we have realized that the plan to hold this Mock Examination was good for us. We are now in a better position to achieve better than we would have done without this trial testing. This is why the exercise is at no cost to the candidates.

“It is our strong conviction that this exercise is an experience for us. Our systems analysis has revealed interesting findings that will engender a seamless and successful 2017 UTME exercise.”