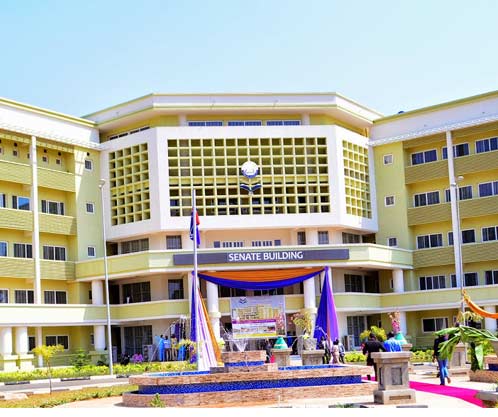 I know many of us would have been wondering and don’t even know the precise this they would say when asked anything about the school. Now it goes;

About Adekunle Ajasin University
The story of Adekunle Ajasin University, Akungba-Akoko (AAUA), Ondo State, Nigeria, is more appropriately told in two phases. It was first established as Obafemi Awolowo University in March 1982 by the government of the old Ondo State, headed by the late Chief Adekunle Ajasin.
The immediately succeeding military government of Navy Commodore Bamidele Otiko changed its name to Ondo State University in 1985. Its relocation to Akungba-Akoko in the new Ondo State became imperative in 1999, following the creation of a new State out of the old Ondo three years earlier in October 1996. The bill backing the relocation was signed into law by the then Governor of the State, Chief Adebayo Adefarati, in November 1999, and that prompted the movement of a crop of workers from the old site in Ado-Ekiti to Akungba-Akoko on 1 December 1999.
#Copied @ aaua.edu.ng