Home » General » HEARTLESS! Man Battered Wife After She Advised Him To Quit Consumption Of Alcohol (Photos)

A woman who dared to advise her husband to quit drinking of alcohol and using drugs, has regretted her decision after she was attacked and brutalized by her own husband.

The victim of domestic violence
A woman who was brutally attacked and was beaten by her husband for questioning his alcohol consumption has taken to social media to call out her husband.
According to the Lagos-based housewife, she had advised her husband who takes drugs to control his high blood pressure to stop taking alcohol for his own health, and the man allegedly resorted to beating and maltreating her.
The woman also claimed that this is not the first time her husband would be beating her ever since they got married. She also added that her husband has refused to take care of their child. Due to this, she has now relocated to Port Harcourt, where she is seeking for justice.
She shared her story with a human rights activist, Emeka Ugwuonye who also posted the information on social media.
Her story reads:
“I need justice, I am in Port Harcourt. This is not even the first time, I just thought it was one of the challenges in marriage. Please sir I need justice. He has to take care of his child. He sent me a message that he is not interested in the child that when he grows up he will look for his father. He has refused to take care of his son because I left his house to my parent’s house since Wednesday, April 4.
“It all happened on Wednesday night around 10 pm because he went out from work to see some friends he came smelling of alcohol. So after eating I told him that he knows his on Blood Pressure (BP) drugs why then did he take alcohol. I also told him of the dangers involved, the next thing he started insulting my dead father and I then I hit him with the bread I was eating and he started beating me.”
See post below: 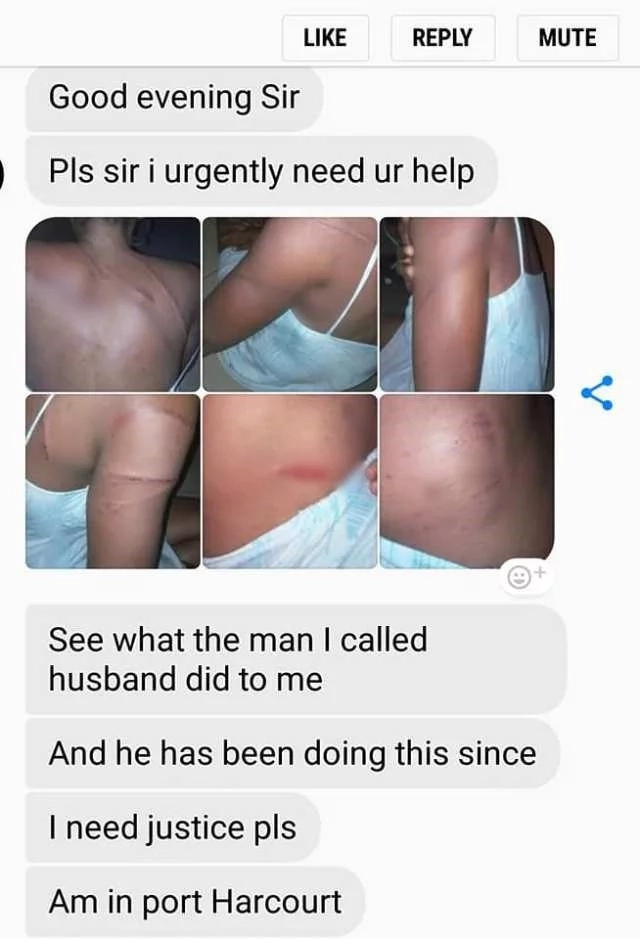