Home » General » Healthcare – How to treat breathing problems in Baby 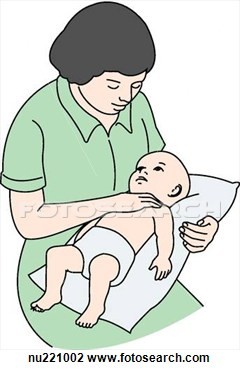 Many children suffer from breathing problems occasionally. It’s usually temporary, but it can take a serious turn in some.
The most common causes of breathing difficulty in children are; common cold, asthma and respiratory infections, such as croup, bronchitis and pneumonia. At times, very sudden breathing difficulties can occur due to serious health issues, such as epiglottitis and choking.
Depending upon the cause of the breathing difficulty, a child may experience symptoms like a hoarse voice, rapid breathing, wheezing, mild coughing, a fever, nasal flaring, and nasal and chest congestion.
Mild breathing issues in children can be treated at home with simple lifestyle changes and home remedies. Such treatments should bring comfort, but if symptoms become worse or do not improve, call your doctor right away.
Note: Immediately consult a doctor if your baby is showing any of the following: gasping for breath, difficulty crying or talking due to breathing trouble, grunts when breathing, lips turning blue, breathing very fast and looking extremely sick.
Here are the top 10 ways to treat breathing problems in babies.

The steam created from a hot shower can relieve congestion and make breathing a bit easier. The warmth of the moisture will also thin the mucus to make it easier to expel .

To ease breathing, you can also use a humidifier to add moisture to the air and help make your sick child more comfortable.
Dry air can irritate the nasal passages, while moist air helps thin the mucus to ease congestion and the breathing process.
Use a humidifier in the room where your child sleeps.
If you don’t have a humidifier, you can place a bowl of hot water in the room to increase the moisture in the air. Be sure to put it in a safe place where you or your child won’t accidentally tip it over or step into it.

When treating breathing problems, be sure to give plenty of fluids to your child. This will help prevent dehydration, which can worsen the condition.
Staying well-hydrated also helps thin the body’s secretions, making it easier to expel mucus and reduce congestion, which in turn eases breathing. Expelling mucus also helps get germs out of your child’s system for faster healing from a cold or respiratory infection.
Feed breast milk as well as fruit juice and chilled yogurt to babies 6 months or older. For younger babies, feed plenty of breast milk or baby formula.
Give lukewarm water or milk to older children at regular intervals.
Fruit juice, vegetable soup and clear broths are also good options.
If your child refuses large amounts of fluids at a time, give smaller amounts more often. Also, do not force your child to take fluids, as that may cause your child to vomit.

If your child often suffers from breathing problems related to respiratory infections, it could be due to a vitamin D deficiency.
A 2015 study published in BMC Infectious Diseases reports that maintaining adequate vitamin D in the body may be an effective and inexpensive prophylactic method to ward off some respiratory tract infections in children.
Sunlight helps the body produce vitamin D, so expose your child’s arms and face to the sun for 20 minutes daily. However, be sure it is early morning sun to avoid the harsher sunrays later in the day.

Honey is a safe remedy for children age 1 and older who are having breathing problems due to a common cold, cough or asthma.
It has potent antibacterial, antioxidant and immune-boosting properties that promote healing.
Mix 2 teaspoons of raw honey and 1 teaspoon of fresh lemon juice. Give it to your child every few hours to ease the symptoms.
Also, you can give your child a glass of warm milk with honey once or twice a day.
Note: Never give honey to babies younger than 1 year, as it may contain bacteria that can cause infantile botulism.

Ginger has anti-inflammatory, antibacterial, antiviral and antitussive (cough suppressant) properties that can deal with many of the illnesses that lead to breathing problems.
It also reduces inflammation in the air passages and lungs and prevents asthma attacks. Plus, ginger boosts the immune system to help speed up recovery.
For children age 1 or older, mix equal amounts of ginger juice, pomegranate juice and honey. Give your child 1 tablespoon of this mixture 3 times a day.
Also, you can give your child ginger candies to help ease the symptoms.