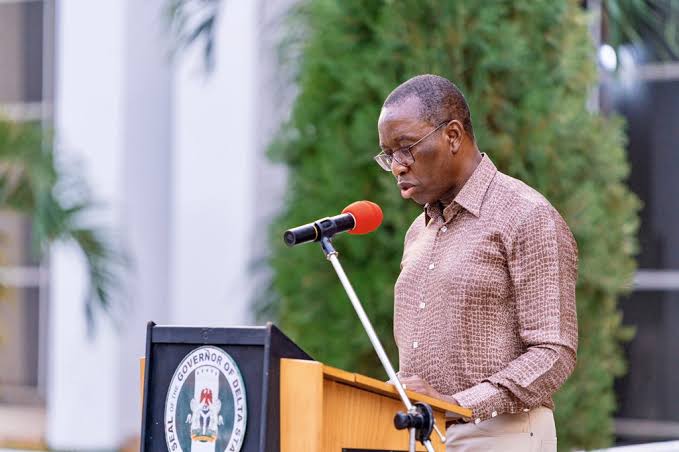 Okowa made the call at a two-day LPG sensitisation and awareness campaign organised by the National LPG Expansion Plan, office of the vice president in conjunction with the state government held at the Unity Hall, Government House, Asaba.

He said that the theme of the campaign “Stimulating Delta State Socioeconomic Growth Through LPG Adoption And Expansion” was apt as the world moves towards greener sources of energy because of the adverse effects of fossil fuel on the environment.

Represented by his chief economic adviser, Dr Kingsley Emu, Governor Okowa said stakeholders must work to reduce the rising cost of LPG if the objective of the National LPG Expansion plan was to be realised.

He thanked the office of the vice president for choosing Delta as one of the pilot states for the public enlightenment campaign.

He said Delta was home to 40 per cent of the nation’s natural gas endowments, hence a large number of oil and gas companies operate in the state.

He added that there were prospects for the establishment of gas processing plants and gas-related industries in the state with implications for employment generation, inclusive economic growth and sustainable development.

“However, as we adopt LPG as the fuel to drive the socio-economic activities of the economy, we must acknowledge a big challenge currently confronting the populace, the issue of high price of LPG in the market.

“At the rate the price is skyrocketing, LPG is gradually getting out of the reach of the middle class and common man.

“It is imperative that policymakers find a way to mitigate this upward trend in the price of LPG to give succour to our people and if the goals of the LPG expansion plan is to be realised.”

Senior Special Assistant to the President on LPG, Mr Dayo Adesina said Delta state was strategic to the National LPG Expansion plan in view of its contributions to oil and gas development in the country.

He said the federal government would procure 10 million gas cylinders to marketers for onward distribution to end-users which would be exchanged from various homes.

He said there was no reason why anyone should use firewood, kerosene and charcoal for cooking especially when the country was blessed with abundance of gas.

He commended Governor Okowa for setting up four training centres for manufacturing of low emission stove in the state.