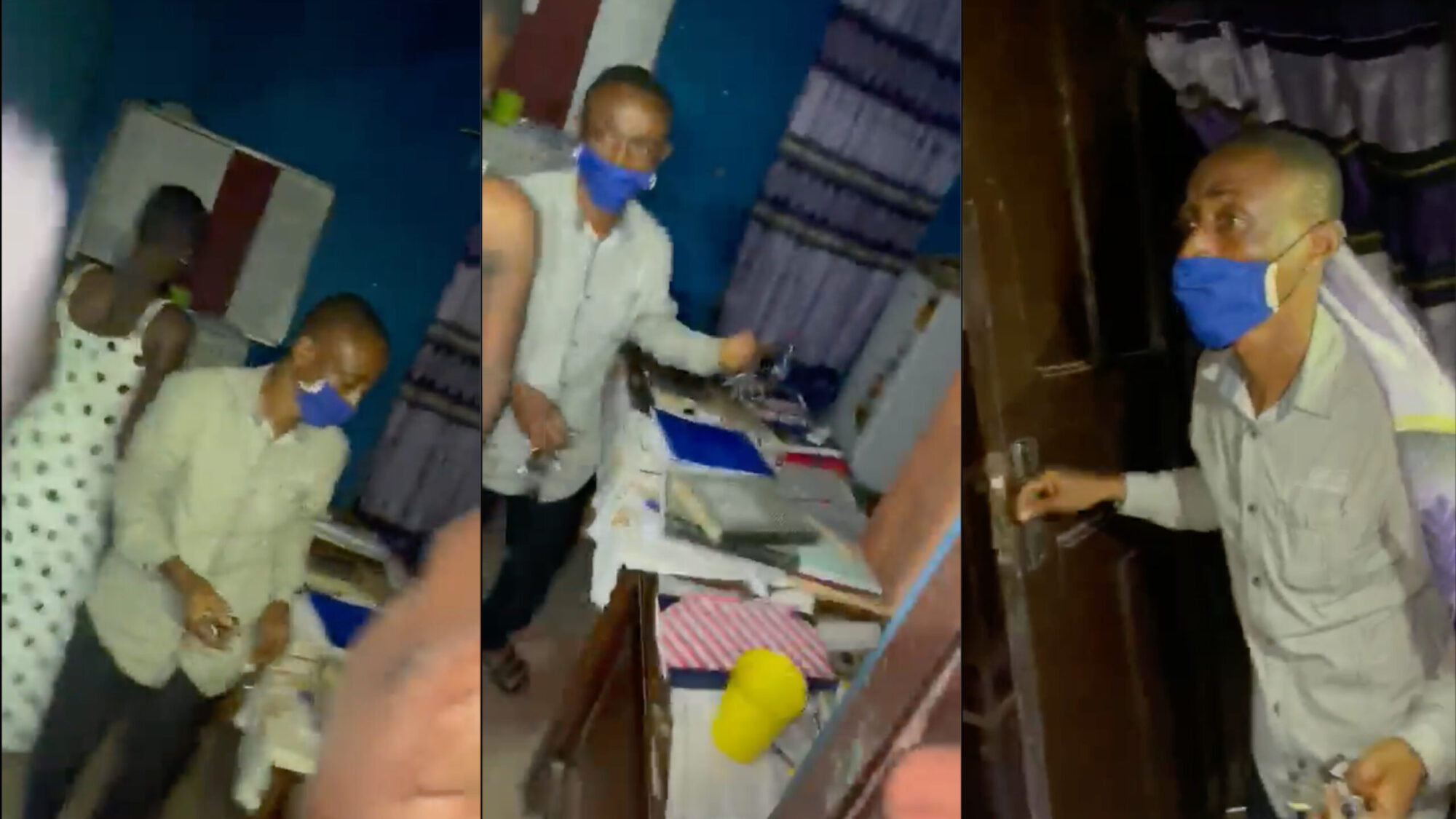 A shocking video evidence of a Ghanaian JHS Headmaster who was allegedly caught having sex with a female student in his office, has gone viral after being shared online.

The headmaster was allegedly nabbed in the act by a resident of the area who invited the police and community members to the scene. Before the police arrived, the headmaster and the female student were locked up in his office.

The mob was heard calling for his immediate prosecution as the police whisked him away. “Evidence. evidence, evidence,” they chanted.

In recent times, stories have been flying around concerning the situation of things in African universities especially cases of sexual harassment of female students by male lecturers. Society has been condemning very seriously male lecturers who harass female students or even demand sex to enable these to pass their courses.