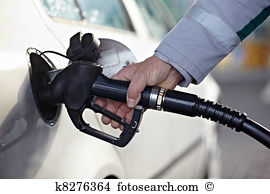 The Ekiti Council of Elders has called for the extension of the ultimatum issued by Governor Ayo Fayose to oil marketers to allow for intervention in the two-week faceoff.

The council at its emergency meeting on Thursday in Ado-Ekiti expressed concern with the development which they described as “worrisome.”
In a statement issued at the end of the meeting signed by the council’s Chairman, Prof. Joseph Oluwasanmi and General Secretary, Niyi Ajibulu appealed to marketers to commence sales of the commodity to the public.
The statement reads: “The Ekiti Council of Elders at an emergency meeting today, Thursday, 25th May, 2017 noted with concern the worrisome development in the fuel crisis in Ekiti State.
“The Council equally noted the ultimatum for the reopening of the fuel stations and the stand of the operators. We appeal for calm from all stakeholders, the government, the petroleum dealers, the drivers and the governor for the extension of the ultimatum in order to give the Council the opportunity to intervene towards an equitable settlement of the impasse.
“The Council is fervently appealing to the marketers to commence sales of the product in the wide interest of the public which they normally serve.”
Source – thenationonlineng.net