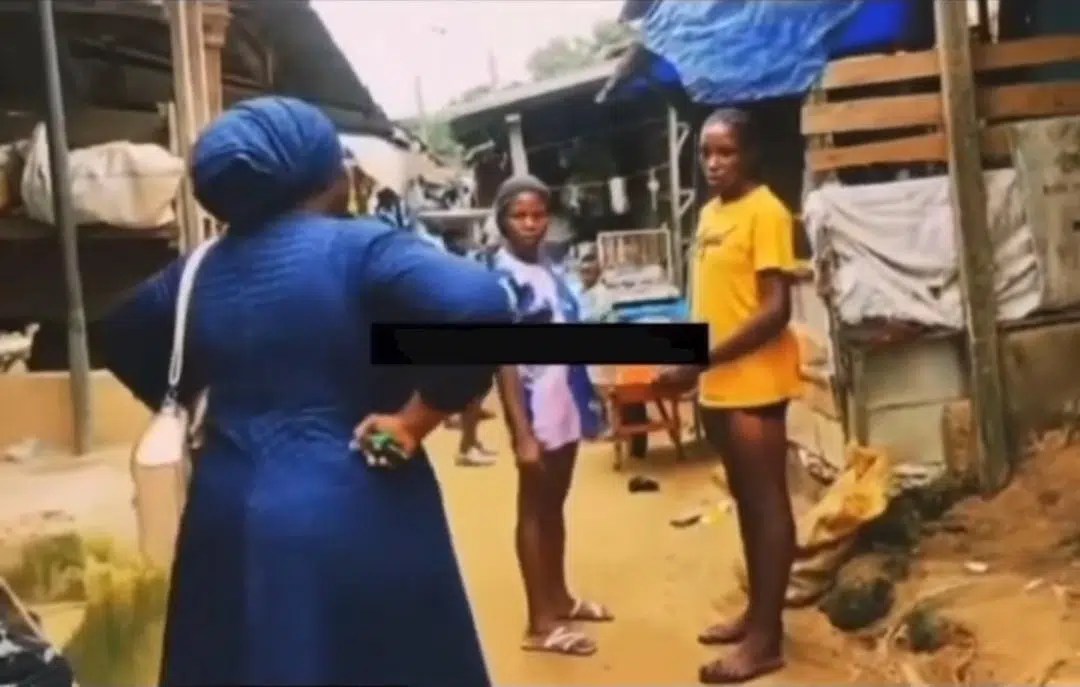 Controversial Female evangelist identified as Sister Kate, made a scene at a market where she went to preach, after spotting two young girls who by her standards, were dressed indecently.

In a video that was shared online, the moment the evangelist confronted the two young ladies over what they were wearing has had tongues wagging.

Sister Kate is seen yelling at the top of her voice, questioning the young girls on their reasons for dressing “naked” to the market.

Watch the video as you scroll,

The video has since left netizens stunned with many of them opining that the evangelist’s action has nothing to do with correction but is pure harrassment.

Read some comments as you scroll,

This is harassment not correction

mummy should go and sit down her own is too much

We have too much internalized “faux respect “ . Cause why were they standing there, allowing emotional blackmail because she said “don’t I look old enough to be your mother?”. Blaming them for full grown men’s inability to sustain focus and embarrassing them in one video. Nah! She needs to have a word with people that would put her in her place