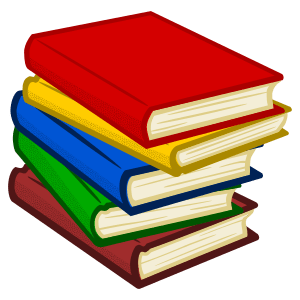 Language is a human system of communication that uses arbitrary signals, such as voice sounds, gestures, and/or written symbols. The study of language is called linguistics.
Linguists (that is, specialists in the study of language) have defined language in many different ways.  Here, chronologically arranged, are a few of those definitions.

Origins of Language: The East Side Story
“Language began in Africa, though exactly where is a matter of controversy. East Africa was the birthplace, according to a scenario sometimes known as the ‘East Side story.’ Around 3 million years ago, a major earthquake created the Great Rift Valley, splitting Africa’s inhabitants into two major groups. Our cousins, the chimps, were left living and playing in the lush and tree-rich terrain of the humid west. But our ancestors, the proto-humans, were stranded in the increasingly arid east, where they were forced to adapt or die. . . . They were forced to broaden their diet, and began scavenging for meat. Better nourishment led to a bigger brain, a greater degree of social organization and, eventually, to language.
“But more important than the exact location of language within Africa is the fact that all human languages are remarkably similar to one another, indicating a common origin. Any human can learn any other human language. This contrasts with, say, bird communication, where the quacking of a duck has little in common with the trilling of a nightingale.”
(Jean Aitchison, The Word Weavers: Newshounds and Wordsmiths. Cambridge University Press, 2007)
Likenesses and Differences
“When languages come to be seriously compared with one another, the question arises: are all languages alike, or are they different?
“Presumably everyone agrees that there are certain respects in which all languages are alike. All languages consist of meanings, wordings and sounds; they all have names for things; they all have melody, rhythm and syllabic articulation. Equally, everyone agrees that there are certain respects in which languages differ: not only do they obviously have different names for things, they also construct these names differently, have different kinds of melody and rhythm, and different ways of wording and of sounding.

The issue is, simply, which is to be more emphasized, the uniformity or the variety. This is really the old ‘analogy-anomaly’ controversy metaphorized into a modern form; but it is a critical issue. Philosophers of language stress the universals; they make all languages look alike. Ethnographers stress the variables; they make all languages look different. When new languages came to be described by European linguists, from the early 17th century onwards, first the modern European languages and then languages from further afield, both these opposing tendencies became apparent. Either every language is treated as a version of Latin, or each language is described in its own terms.
“The consequences of this are still with us today.”
(Michael A.K. Halliday, “Ideas About Language” in Essays in Honor of Charles F. Hockett, ed. by Frederick B. Agard et al. Brill, 1983)