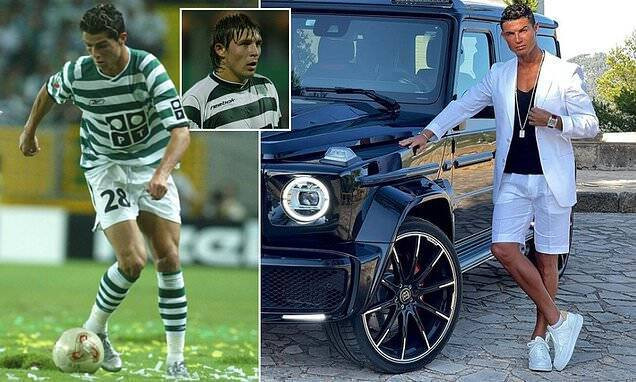 Cristiano Ronaldo’s former Sporting Lisbon team-mate has revealed that the Manchester United star bought a Mercedes as a teenager before he knew how to drive a car.

Ronaldo began his career in his native Portugal with Sporting Lisbon before he turned out to become one of the hottest talents in world football.

During his first and only full season with the club he became close with on-loan Belarusian star Vitali Kutuzov – who had arrived from AC Milan in 2002-2003. 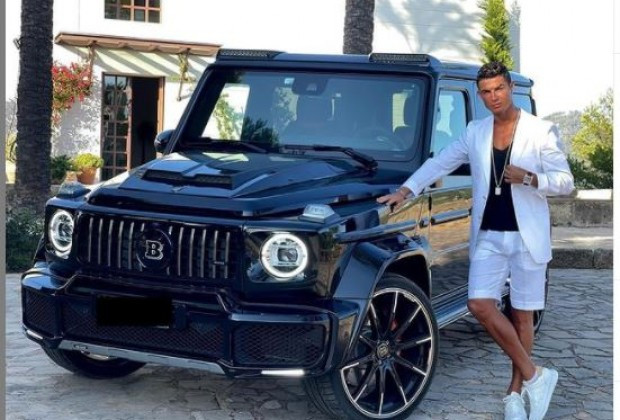 The former striker revealed how he and Ronaldo would often share a room together, and recalled a time when the future United, Real Madrid, and Juventus star purchased a brand new shiny car – before even being able to legally drive it at the age of 17.

‘We were in the team together for only one year, but it was often him and I’ Kutuzov said in an interview with Italian journalist Gianluca Di Marzio. ‘On many occasions, we also shared a room. ‘I remember when he got his first car, a Mercedes that he didn’t even know [how to] drive. But his satisfaction of arriving at the field with a car that he bought was incredible.’

The five-time Ballon D’or winner has an incredible collection of cars worth a reported £17million – including a brand new Bentley Flying Spur, which he has been seen driving into United’s Carrington training ground. It has a value of around £164,000.

During their time together, Kutuzov said he shared his experiences of rubbing shoulders with some top players at AC Milan with Ronaldo – who was interested to hear about his career at the San Siro.

‘We were two children in a team of champions that had won everything,’ he added.

‘He was 17 years old, I was 21. The goal was to show myself. He asked me questions about Milan and what it was like to train with players of that calibre.’

Kutuzov, now 42 and retired after a career mostly spent in Italy with Sampdoria, Parma, and Bari.

He noticed how ‘hungry’ he was to score goals and said he could now see a transformation into a ‘complete’ player having started his career as ‘more of a dribbler’.

‘He was hungry to finish off [chances], although now he is a different player [now],’ he continued. ‘At that time he was more of a dribbler. Today he is complete and contributes in every way.’

Ronaldo would go on to join United for the first time in 2003-2004 – scoring 118 goals in 292 appearances, winning the Champions League in 2008 and the Premier League title three times before sealing an £80m move to Real Madrid.

At the Bernabeu, he won four Champions League triumphs and two LaLiga wins – blitzing 450 goals in 438 games before moving to Juventus.

In Italy, he recorded 101 goals, winning two Serie A titles and the Copa Del Rey before sealing a fairytale return to United last summer.