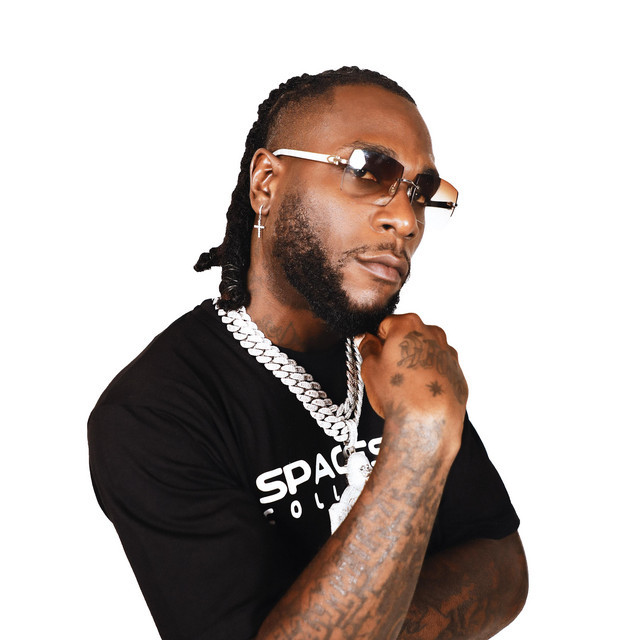 The announcement was made by Deezer via their Twitter page on the 27th of November 2021.

Burna Boy has had quite an amazing year as he won his very first solo Grammy Award earlier with his Twice as Tall album.

Deezer announced Burna Boy as its Most Streamed African artiste globally for the year, while sharing a video of the singer.

”@burnaboy is the top-streamed African artist on Deezer globally in 2021. 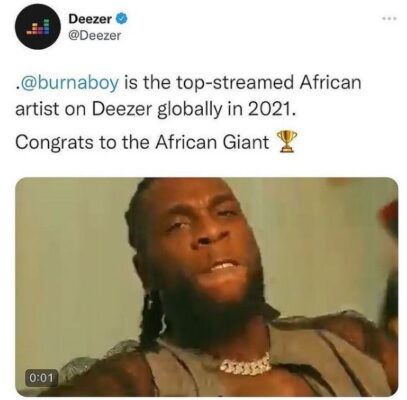