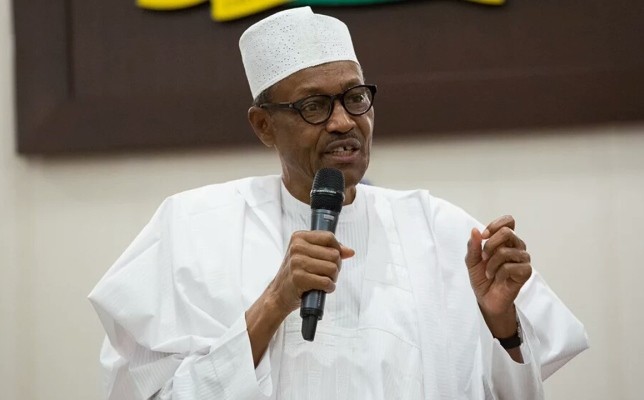 A former United Kingdom Parliamentarian and Retired Military officer, Eric Joyce, has announced the death of President Muhammadu Buhari.
The ex-Lawmaker reiterated the President’s death in a new

article published on his website, http://www.ericjoyce.co.uk, where he said if the President is not dead as he had earlier alarmed, he should be proved wrong by the President or his Doctors.
Eric Joyce, had in a series of tweets alleged that Buhari had died in London, on the 19th May, 2017.
Joyce in the series of tweets, disclosed that it was very sad to hear the news of the death of Buhari, who he campaigned and supported during the 2015 elections in Nigeria.
“Very sad to learn hear of the death of President Buhari, whom I campaigned for.
“Thoughts with his wife @aishambuhari and family. #buhari”, he tweeted.
“I wrote this yesterday about President Buhari of Nigeria. There’s been a lot of interest in the blog in Nigeria. I’ll answer a few of the key points raised, here.”
“First, if you’re a president then it’s up to you to show people you’re alive and well – it’s not up to your people to prove the opposite. Every politician in the world knows this. A statement from a PR guy doesn’t cut it. Angry ripostes from supporters don’t cut it. Only your personal appearance cuts it.”
“Second, if your’e a president and you’re not well, then a doctor needs to come out of the hospital and explain to your nation what’s up. This let’s everyone, including your people and the markets, know if your alive at all, alive enough to recover or have just sprained an ankle.
“Unless these things apply, then there will be shenanigans. For example, a dead person will be kept hooked up to a machine and advisers, politicians, traders, all the people ‘in the know’ will be jockeying for position and none of the regular people of the country will know anything about it. Nigerians have done themselves proud on the democratic front in the last few years; this is no time to start accepting bullshit again.”
Source – post-nigeria.com