Home » Lifestyle » ‘Be Assertive’, wrong or right advice in relationships? 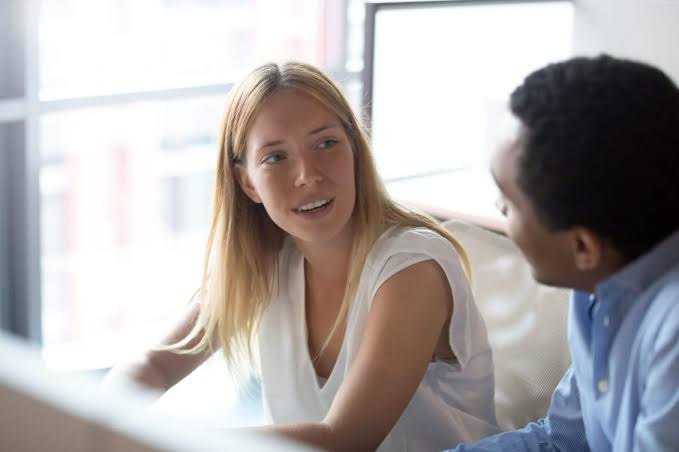 There is this Funny reactions on Twitter about being “assertive” when asking for a date or sexual relationship. This made us think about the importance of assertiveness and the balance that needs to be put in place.

See some funny reactions below:

Stephanie make I no first you reach shoprite oh!✅

DOWNLOAD LEAKED VIRAL VIDEO HERE
As defined by Merriam Webster, possessing the trait of assertiveness means to be “disposed to or characterized by bold or confident statements and behaviour.”
Being assertive means being sure of what you want, who you want and saying it without being subtle or beating around the bush.
In the dating game, assertiveness is very important because anything left in the dark or not clearly stated would most likely mean someone is going to get hurt in the end.
What brought about this conversation is a tweet by a popular user who said that instead of asking a babe for her number like this, “Can I have your number?” He should rather say, “Let me have your number.”
https://twitter.com/jayythedope/status/1547153729715159041?ref_src=twsrc%5Etfw%7Ctwcamp%5Etweetembed%7Ctwterm%5E1547153729715159041%7Ctwgr%5E%7Ctwcon%5Es1_&ref_url=https%3A%2F%2Fpulsembed.eu%2Fp2em%2FGLd7LMRgA%2F
A woman’s reaction to such a statement can go different ways. If there has been a prior interaction, perhaps a five minutes conversation at the checkout counter at the supermarket, and you both seem chummy already, ‘let me have your number’ seems like the next step.
However, if you are meeting for the first time and had only a lack lustre conversation or one that goes like, ‘Please, where is the restroom?’ and you then ask for her number, you will look like a mad person.
What am I trying to say? In seduction and romance, assertiveness can be a good thing. Everyone wants to hear that they are admired (with a caveat), ‘I want you’ ‘I want to be with you’ ‘I want to kiss you’ and so on but only with someone who also wants that, if not you will become pesky.
The caveat is that everyone wants to hear they are admired and wanted by people they like and want.
Be assertive with your feelings, “I like you” “I find you sexually attractive.”
Be assertive with your intention, “I think we should date.” “I am only interested in sleeping with you.”
Being overly assertive can be a bad thing because there is nothing as irritating as being sought after by someone you do not want.
Plus, it removes consent from the equation. Imagine saying, “I will kiss you” instead of “can I kiss you?” it feels rather forceful.
So, a polite assertion from someone who you can tell is interested in you is much better.