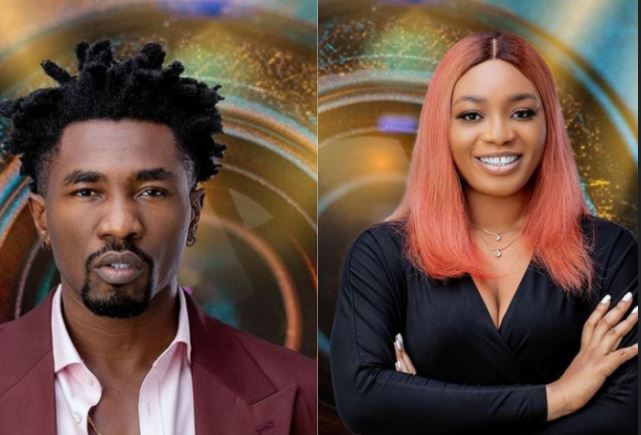 BBNaija Shine your ya eyes head of house, Boma stated how irritating Beatrice is to him.

He stated this while discussing with Liquorose on Tuesday, day 10 of the show.

Boma accused Beatrice of confusing the housemates and making them fail to detect the Wildcard on Sunday.

Boma said, “Beatrice on her own annoys me. The way she irritates me ehn.”

He said that Beatrice’s attitude was the reason why he saved Jaypaul.

He added, “Beatrice is confusing us. She didn’t make us do what we had to do. She was just misleading everyone.”

Liquorose also agreed with him, stating that Beatrice sabotaged their search for the Wildcard by acting like she was one of them.

During her Diary Session earlier, Beatrice had told Big Brother that Boma was being harsh towards her and she really felt bad about it.

Reacting to Boma’s feelings towards Beatrice, fans have taken to social media to express their thoughts.

A tweep, @kgotso50, said ,” I’ll never forget how Boma said Beatrice irritates him. He’s so mean to her.”

Another tweep, @nwngiroyals22, said, “Beatrice needs to stay in that house until Boma leaves and watches her from his house because that nonsense he was saying about her was so not necessary. That is why he was rude to her earlier today. Rubbish.”

“I personally think Arin and her minions poisoned Boma’s mind towards Beatrice. He shouldn’t, regardless of the situation, talk about her the way he’s doing. He’s human and I hope he’ll check himself because it’s going to affect his game, ” @sharewithmenow tweeted.