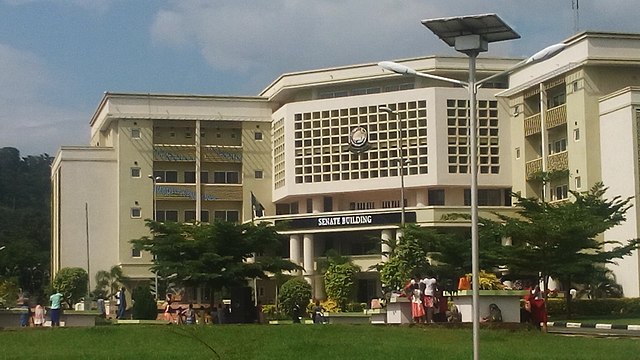 The management of Adekunle Ajasin University, Akungba-Akoko (AAUA) Ondo State has extended the deadline for the collection of certificates for various academic programmes.

This was made known in a statement released by the Registrar, Gbenga Arajulu. Recall that on March 5, 2021, a circular was released informing the graduates of Adekunle Ajasin University Akungba-Akoko from 2003 to 2019 who are yet to collect their certificate for the academic programmes to do so on or before May 1, 2021 and whoever fails to do that will pay a penalty of N20,000.

Following the recent update clamouring lots of controversial argument among the alumni with which some of them pleaded to the University Management seeking for grace so as to be able to pay what they are capable of.

The Acting Vice Chancellor, Professor Olugbenga E. IGE, on Saturday April 24 ‘graciously’ approved the extension of deadline till July 31, 2021, considering the economic situation of the country.

The circular reads in part: “The affected graduates are advised to take advantage of the extension of deadline and visit the Office of the Registrar on Mondays to Fridays except on public holidays to collect their certificates.”

Many people would have been affected by the penalty law but now it becomes joy for those who are yet to secure their certificates as they are being granted favour to be able to source for the cash within the specified timeframe.

According to the Acting Vice Chancellor, “this would not pose threat or rush anybody, it is indeed a good thing to see everyone secure their certificates without any stress”. So people in the following categories (PhD, Masters Degree, Post Graduate Diploma, Bachelor’s Degree, Diploma) are advised to adhere and not to fail to pay within the stipulated time-frame.

This stirs lot of commendations and reactions among the people who are yet to secure their certificates, saying, “we found a great favor!”, “the acting VC is doing well!” But the good thing is, the former date has been extended, so people in the aforementioned category should not fail the Management this time and to endeavour to pay on time.

Graduates are also to make available the under listed documents for the collection of their certificates: Photocopy of all payment receipts above, Original Notification of Result, Original Clearance Form, Two (2) recent passport photographs, Last Student’s Identity Card, Sandwich and Part-Time Students should make available all identity Cards issued to them by the University.