Home » Funs » 50 vocabularies used by Patrick Obahiagbon and their meaning 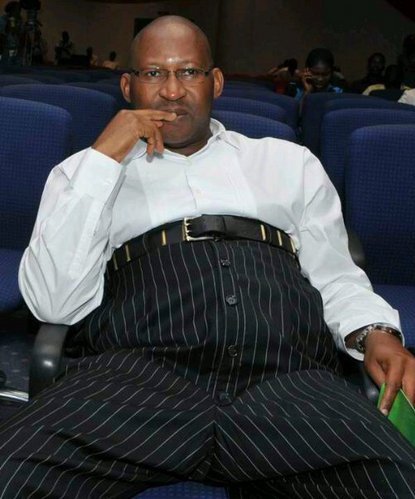 ​The Chief of staff to the Edo State Government, Mr. Patrick Obahiagbon, has been described by Nigerians as one grammarian known for his command of the English Language and ways of usage of the vocabularies.

The Nigerian number one grammarian has carved a niche for himself at several occasions with the use of jaw breaking words to mesmerize his listeners.
According to Nigerian university scholarships, here is a compilation of the top 50 Jaw breaking words ever used by the grammarian and their meanings:

1. Gargantuan –extremely large
2. Bugaboo – an object of fear
3. Pooh-pooh – Dismiss as being foolish or impractical
4.Perfidy – deceitful or untrustworthy
5. Repugnant – extremely distasteful and unacceptable
6. Insalubrious – unwholesome and unhealthy
7. Odoriferous – having an odor.
8. Sardonic – Scornfully mournful or cynical
9. Lugubrious – mournful, sad, dismal
10. Obfuscate – To make something less clear and more difficult to understand.
11. Cascading – a large amount of something hanging down
12. Malodorous – smelling very unpleasant
13. Termagant – a woman who is very strict and who tries to tell people to do things in an unpleasant
14. Paraplegic – A person who suffers from paraplegia
15. Crinkum-crankum – Elaborate or detailed (archaic)
16. Empyrean – literary relating to Heaven
17. Conundrum – A confusing problem or question that is too difficult to solve
18. Alacrit – great willingness or enthusiasm
19. Tinge– to add a small amount of color to something
20. Braggadocio – Boost full or arrogant behavior
21. Megalomania – a mental illness or condition in which somebody has an exaggerated belief in their own importance or power.
22. Mendacious – Not telling the truth
23. Mores – the customs of a society
24. Rosicrucian – a member of a secretive society concerned in the study of metaphysical, mystical and alchemical lore.
25. Hierophants – A person especially a priest who interprets sacred or esoteric mysteries
26. Objurgates – rare and severe
27. Indubitable – impossible to doubt and unquestionable
28. Egregious – Outstandingly bad and shocking.
29. Vaudeville – a type of entertainment popular in the late 19th and early 20th centuries,that includes singing,dancing
30. Audacious – lacking respect, impudent
31. Ratiocination– The forming of judgment by a process of logical reason
32. Ballyhoo – extravagant publicity
33. Quagmire – a complex or difficult situations
34. Phantasmagoria – a sequence of imaginary images
35. Plummeted – to fall from a high level or position
36. Sui Generis – Unique
37. Ferocious – Fierce, cruel or violent.
38. Miasma – an unpleasant smell
39.Apotheosis – the highest point in the development of something
40. Excrescence – an unattractive or superfluous feature
41. Mobocracy – rule or domination by the masses
42. Proclivities – An inclination or predisposition
43. Kakistocracy – Government under the control of a nation’s worst or least qualified citizens
44. Lampoon – public satire or ridicule
45. Déjà vu – a feeling of having already experienced the present situation(FRENCH)
46. Recumbent – Inactive, Idle.
47. Terminus – The end of something
48. Perfidy – The act of violating a promise, faith or vow
49. Mephistophelean – wicked
50. Jiggery-pokery – Tricky, misrepresentation and manipulation.
Naijaloaded