Home » News » 4th recall in two weeks: Tesla recalls another 579,000 vehicles because a ‘Boombix’ function plays over warnings to pedestrians 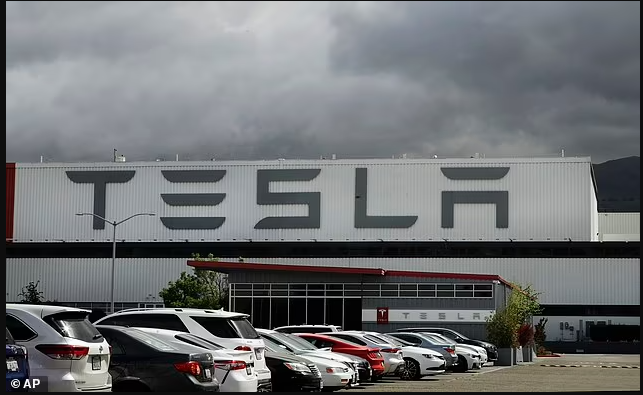 Tesla is recalling nearly 579,000 vehicles in the U.S. because a ‘Boombox’ function can play sounds over an external speaker and obscure audible warnings for pedestrians.

This is the fourth recall in the last two weeks as U.S. safety regulators increase scrutiny of the nation’s largest electric vehicle maker.

In two of the recalls, Tesla made decisions that violate federal motor vehicle safety standards, while the others are software errors, Mail Online reports.

The National Highway Traffic Safety Administration says on its website Thursday February 10, that the cars and SUVs have what Tesla calls a ‘Boombox’ function that allows drivers to play sounds while the vehicles are moving. This violates federal safety standards that require pedestrian warning noises for electric cars, which make little noise when traveling, the agency says.

The agency says the problem will be repaired with an over-the-air software update that will disable the ‘Boombox’ function. It says the function can be used while the Teslas are in drive, neutral or reverse modes.

A message was left on Thursday seeking comment from Tesla, which has disbanded its media relations department.

Last week, Tesla had to recall nearly 54,000 vehicles equipped with ‘Full Self-Driving’ software that allowed the vehicles to run through stop signs at low speeds, without coming to a complete halt. Seleted Tesla owners are ‘beta testing’ the software on public roads, but the cars can’t drive themselves despite the name.

The company also had to recall over 800,000 vehicles because seat belt reminder chimes may not sound when the vehicles are started and the driver isn’t buckled up. And this week, nearly 27,000 vehicles were recalled because the cabin heating systems may not defrost the windshield quickly enough. All were to be fixed with online software updates.

Safety advocates and automated vehicle experts say Tesla is pushing the boundaries of safety to see what it can get away with, but now NHTSA is pushing back.

Also, after a NHTSA inquiry in December, Tesla disabled a function that let drivers play video games on center touch screens while the vehicles are moving.

In November, NHTSA said it was looking into a complaint from a California Tesla driver that the ‘Full Self-Driving’ software caused a crash. The driver complained to the agency that a Model Y went into the wrong lane and was hit by another vehicle.

The SUV gave the driver an alert halfway through the turn, and the driver tried to turn the wheel to avoid other traffic, according to the complaint. But the car took control and ‘forced itself into the incorrect lane,’ the driver reported. No one was hurt in the Nov. 3 crash.

NHTSA also is investigating why Teslas using the company’s less-sophisticated ‘Autopilot’ partially automated driver-assist system have repeatedly crashed into emergency vehicles parked on roadways. The agency opened the investigation in August, citing 12 crashes in which Teslas on Autopilot hit parked police and fire vehicles. In the crashes under investigation, at least 17 people were hurt and one was killed.

Tuesday’s recall is the 15th done by Tesla since January 2021, according to NHTSA records.