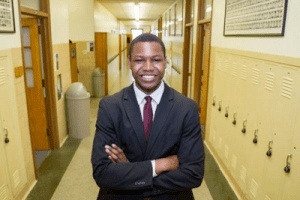 Another Nigerian, Jude Okonkwo has been accepted into al eight Ivy League Schools joining a growing club of Nigerian teens who have achieved the distinction- Ifeoma White-Thorpe (class of 2017) Augusta Uwamanzu-Nna(class of 2016) Obinna Igbokwe, Harold Eke (class of 2015).
The 17-year-old Chaminade High School will have his pick of the elite schools — Brown University, Columbia University, Cornell University, Dartmouth College, Harvard University, Princeton University, the University of Pennsylvania and Yale University — and must decide where to enroll by May, 1, 2017.

Okonkwo, the son of physicians, aspires to be a neurosurgeon and looked for schools with strong science and medical programs, including those with a combined bachelor’s degree and medical school acceptance. His unweight grade-point average is 98.9.
He also was accepted to Howard University in Washington, D.C.; Johns Hopkins University in Baltimore; Northeast Ohio Medical University’s baccalaureate-medical degree program; Stony Brook University; University of Missouri; Washington University in St. Louis and Wayne State University in Detroit.
Okonkwo’s parents, Ndubueze and Chinwe, emigrated from Nigeria in the 1990s and settled in New Orleans. They lived in a two-story home in Harvey, in Jefferson Parish, on the west bank of the Mississippi River. In 2005, when Jude Okonkwo was 7, Hurricane Katrina forced them to evacuate.
Source – Bagitds